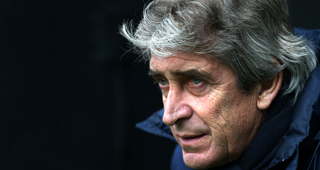 La Liga is “where the best football is played,” said Real Betis manager Manuel Pellegrini, before adding that the “planning in Spain needs to be a lot better” after the league moved their opening match from Monday to Sunday on short notice. Returning to Spain following his five year stint with Manchester City and West Ham, Pellegrini noted that the Premier League and La Liga were the two best leagues in the world for different reasons. The Premier League was on the forefront of modernity in its organization and stadiums, rewarded with a $12 billion overseas television deal. And even though La Liga received just under $5 billion for its TV deal, Spain had the “real” quality: it was a game defined by rhythmic bouts of possession and geometric build-up play.

But what happens when that illusion fails spectacularly, on the grandest stage, as it did last summer? Real Madrid, Barcelona, and Atletico Madrid were each knocked out in the Champions League in consecutive weeks to Premier League and Bundesliga sides. It was the first time that no La Liga team made it to the Champions League semifinals since 2007. There were not only any excuses of being unlucky, we could see this collapse coming for years as Lionel Messi and Cristiano Ronaldo aged into their 30s. And failures to uncover new superstars to replace the past generation wasn’t due to a lack of spending, with Antoine Griezmann and Joao Felix reaching nine figures. Real Madrid tried to buy that sort of meaning with Eden Hazard, though the 29-year-old predictably struggled with injuries and form in his first season. Perhaps the only surprise was this sort of washout didn’t happen earlier.

It wasn’t only in the results, but in the manner of the losses. Bayern’s 8-2 win over Barcelona was historic and emphatic, but Real Madrid’s 2-1 loss to Manchester City and Atleti’s 2-1 loss to RB Leipzig were uninspired and dull. Bayern are now where Barcelona once were, on the forefront of European tactics, pummeling opposition with speed, skill, and directness. Atleti’s 4-4-2 formation was out-thought and out-positioned by Julian Nagelsmann’s versatility. And Zidane’s Real Madrid could barely build up play from the back, with Raphael Varane making two costly mistakes in possession.

After Atleti’s loss, the now 25-year-old Saul said that he had to “read the game quicker.” Koke echoed his midfield partner’s sentiment after facing Nagelmann’s side.

“It wasn’t cruel. They were better throughout...they were better, quicker, more intense. When they’re better and you try and things don’t come off, you have to congratulate the opponent,” lamented the 28-year-old Koke.

So what becomes of an identity if it is no longer true? The tension between the boardroom and the players, the other half of Pellegrini’s equation, continued to unravel with Messi attempting to leave Barcelona due to a deteriorating relationship with club president Josep Bartomeu. Those sorts of power battles are normalized, with league president Javier Tebas at odds with Spanish FA president Luis Rubiales over playing La Liga matches outside of Spain. We’re used to conflict at the highest levels of the sport, especially considering the billions of dollars at stake. But Pellegrini’s comments hint at how the league’s quality despite the lack of structure is a small triumph, while also asking us to imagine how further play could advance with a synergy between on and off-field variables.

Barcelona’s turbulence was balanced by an unusual summer of quietness and peace at Real Madrid. The club made no new signings, only recalling Martin Odegaard from a loan deal. They were one of the few European powers that held strong to not spending in the market (and as powerful as Madrid are, there is still a difference in what Jurgen Klopp and Jose Mourinho refer to as clubs versus oligarchies). The lack of movement could even be welcomed considering how Madrid are always at the center of attention, though the stasis could also be interpreted as lacking inspiration for this upcoming season. Other clubs excused their lack of transfer activity as focusing on internal improvements, and Zidane had already over-relied upon the individual ability of Hazard and the 35-year-old Karim Benzema for goals last season. This is the squad.

“It’s difficult to ask players to take a pay cut...and then make signings like that,” said Florentino Perez of having to hold off on a long rumored transfer for Kylian Mbappe for at least another year.

The state of the league’s two superpowers has opened up a space for Atleti. Diego Simeone’s side have been as quiet as their city rivals in the transfer market before pulling off a clever move for Luis Suarez on a free. The transfer brought back memories of David Villa moving teams in 2013, with Villa leading Atleti to a league title the following season (Bartomeu reportedly made Suarez’s move difficult for a reason). Despite his age and questionable fitness, the 33-year-old Uruguayan still scored 21 goals last season. But more than numbers and skills is how Suarez personifies the grit, ugliness, and back-against-the-wall mentality of Simeone’s tenure. He may be the most Atleti-esque player in all of world football.

And unlike Madrid, Simeone could actually cling to the idea of internal improvements through Felix and Marcos Llorente. We wonder every season if Simeone has taken Atleti as far as they could go with his insistence on a reactive style of play. Suarez only reinforces that identity. There will be no calls for a more expansive style this season. In lieu of grand innovations or high priced transfers, La Liga may be won this season by the team that remains closest to who they are.

In addition to Pellegrini, La Liga experienced a reverse brain drain with managers returning from their England experiences. Unai Emery signed with Villarreal, a fit that makes much more sense considering the ambitions of both sides. And former Watford manager Javi Gracia has taken on an almost impossible task at Valencia, losing starters Rodrigo, Ferran Torres, Francis Coquelin, and Dani Parejo while signing no replacements.

“There have been five important players who have left the squad and have weakened us. As of today, nobody has arrived. That is our situation,” said Gracia before the start of this season.

Valencia looked like they had turned a corner under Marcelino just over a year ago. In hindsight, their Copa del Rey title from last May is a grand symbol of an unfulfilled era, another example of the disconnect between the structure of a club and its players. As in the past, the side were still able to rise to the occasion with direct, counter attacking play despite the turmoil behind the scenes.

The simplest solution in remaining on the cusp of modernity is for La Liga sides to follow the Premier League in adopting Bundesliga models emphasizing pressing and off-ball innovations. But this would be in conflict with the possession-based ideas that defined the league from last decade. Tactics are cyclical anyway, calibrating between attack, defense, and transitions. Possession, and La Liga’s way, will surely return to the forefront of the European game somehow one day.

In another, more normal time, we would have seen the debut of the newly renovated Santiago Bernabeu stadium this season. 81,000 supporters would pack the arena, engaged in the theater and opulence of a project rumored to cost somewhere between $600 million and $900 million. Maybe Mbappe, or the next great European superstar, would provide its signature moments. The stadium sits empty now. But as long as there’s space for grand ambitions within the league, it will inevitably be filled.