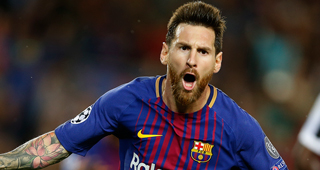 The shift was immediate and dramatic, played out during La Liga’s opening matchday of last season: Real Madrid’s 2-0 win over Getafe, their first without Cristiano Ronaldo in nine years, was attended by 48,466 supporters. It represented the lowest attendance at the Santiago Bernabeu since May 24th, 2009, a month before the club signed Ronaldo. To put that number into perspective, Real Madrid’s previous home opener in 2014 had an attendance of 70,356. The indifference continued throughout the season. Dubbed the “Ronaldo effect,” the club’s attendance was down an average of 5000 fans for league matches and 11,000 supporters for European matches. One columnist simply summed it up by saying “No Ronaldo, no fans.”

We’ve discussed the transitional state of La Liga for years as stars who once defined the league moved on. It’s easy to write how all Spain needed to do was to continue producing world-class talent through their youth academies as they had for the previous generation. But we underestimated what these club stalwarts meant to their side, and most importantly, how difficult it is to replace them as symbols. Eden Hazard is currently a better player than Ronaldo but has yet to replicate his presence and ability to excite the Santiago Bernabeu crowd. Perhaps the ready-made nature the 28-year-old Hazard is holding his relationship with supporters at a distance. Ronaldo was 24 when he moved to Spain, thus could grow and be claimed by supporters as a true representative.

Barcelona also moved towards bypassing their traditional player development phase into buying stardom with Antoine Griezmann. And not just only Griezmann, there was a moment last summer when the club were also rumored to be close to adding Neymar, regardless of tactics or team balance. This may be just how a global footballing brand has to behave to compete today. Regardless, that disconnect between the club’s philosophy of youth development and their high-priced purchasing is transferring on the pitch. During last week’s match against Celta Vigo, Messi and Griezmann did not connect on a single pass.

Going hand in hand with a lack of high-end superstar power, an equally symbolic number as Real Madrid’s attendance is 73: the projected point total of this year’s La Liga champion. It would be the lowest point total since Real Madrid won the league in 2007. Six points currently separate the top ten clubs at the top of the table, and it is not a coincidence. This is all by design, according to La Liga president Javier Tebas. He points to financial measures the league implemented years ago to help smaller clubs keep their players, as well as negotiating television rights as a league instead of through individual teams as reasons for the increase in overall competitiveness. And while Tebas emphasized the importance of smaller sides increasing their quality, he also wants bigger Spanish clubs to thrive internationally as they bring La Liga’s brand to the global stage.

“We have worked very hard to make sure that the Spanish league brand is above clubs and players,” added Tebas about La Liga’s ability to maintain their television fees despite losing Ronaldo.

But do we actually want parity, or do we want a dominant Real Madrid and Barcelona? A transitional period gives an opportunity for new voices like Granada and Getafe to rise, but league-wide competitiveness may resonate more intellectually than it does on an emotional level. Perhaps the league can metaphorically begin on December 18th, El Clasico’s revised date. The result from that match should provide some movement and clarity to the pileup at the top of the table. In examining whether La Liga is more entertaining this season, the conclusion is that while it is exciting that any team can win, we’re not reaching the high end moments of past seasons.

Real Madrid’s dwindling attendance is also existential: maybe we weren’t living in the Golden Era of La Liga, but just the Golden Era of Messi and Ronaldo. And we mistook a worldwide appreciation of Spanish soccer with the obsession for two transcendent attackers. And that there was actually nothing exceptional about the past decade, no extra meaning or significance in the double-digit passing sequences resulting in goals, other than that people love watching superstars.

Besides, despite the league parity, the table still reads Barcelona, Real Madrid, Atletico Madrid and Sevilla. Amongst the noise, the gatekeepers always find a way to stay on top.

David Villa announced his retirement earlier this week. One by one, that generation of Spanish players who defined an era at the turn of the decade fade into the distance. Carles Puyol, Fernando Torres, Xavi, and Xabi Alonso have each stepped away. The 35-year-old Andres Iniesta is playing out his final days in Japan. When it comes to Spanish soccer’s global brand, one wonders how many new fans were introduced to La Liga and the national team by that group of players. And more pertinently, one wonders how many of that new audience will stay for the transition, awaiting the next crop of passers, creators, and goalscorers to emerge.

La Liga is active in cultivating the next generation of fans, albeit in a new marketing world. Naturally, there are growing pains. Atletico Madrid may or may not play Villarreal in Miami this December, with Spanish federation president Luis Rubiales imploring that domestic matches cannot leave Spain’s borders as it would affect the integrity of the competition. Regardless, Tebas presses forward beyond Spain’s borders, using the tiki-taka brand to make inroads across the globe at the grassroots level. La Liga Football Schools opened a pathway for clubs like Levante to teach their playing methodology to soccer academies in India. The league will open up 262 soccer schools in El Salvador. The growth is also tangible, and in real time: just six years ago, China only accounted for $4.4 million of La Liga’s revenue. Today, that number is over $110 million.

“If we want to stay in the vanguard of world football we will have to work with fans outside of Spain,” said Tebas about his ambitions in growing the league.

There must be some solution to break the tension in bringing the local product of Spanish football to an international audience. Tebas may be right in connecting the grassroots education of developing football cultures with a seamless transition into lifetime Spanish soccer supporter. But he may be missing a central component, that while education is important, fans from all over the world ultimately just want to see the Messi’s and Ronaldo’s. So who are the next world class players to capture our imagination? Where are the next great Spanish sides to define eras? With the worldwide reach of social media and video giving clubs and leagues access to supporters, 2019 is an inconvenient time to be stuck between player eras and philosophies of global growth. There is another generation of potential La Liga supporters worldwide waiting to be reached, but there must also be a reason for the lifetime connection.