Neymar, Puma And The Value Of Soccer Influencers In 2020 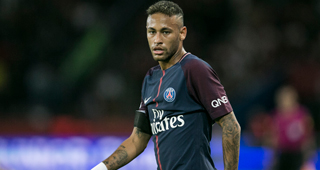 “Every time I lace my boots, my KING boots, I will do anything to achieve all of my dreams to honour my name and that of all those great ones who wore the KING before me,” tweeted Neymar in a statement announcing his sponsorship deal with Puma in September, adding “this will be my PUMA history.” Neymar’s move away from Nike caught many by surprise, as only four Puma executives knew about the deal ahead of its announcement. The 28-year-old Brazilian striker originally joined Nike as a 13-year-old, signing a 11-year extension with the company back in 2011. Considering his standing within the sport and his longevity with Nike, he seemed to be headed towards an unspoken lifetime contract reserved for players who transcended their sport.

Sneaker endorsement news is commonplace in basketball, with side industries built upon rumors, leaks, and trends. These sorts of announcements in soccer hit a lower key, mostly revealed through a tweet with photos pledging allegiance to a brand. The difference makes sense considering budget limitations combined with the amount of soccer players to track worldwide without the centralization of one league. Plus, we thought that the layout was settled. Lionel Messi and Cristiano Ronaldo are firmly synonymous with Adidas and Nike respectively. Who even knew that Neymar was looking to change brands? If anything, his next big “career change” would have been a return to Barcelona.

And leaving Nike for Puma? Adidas and Nike own 29 percent and 26 percent of the global soccer market, with Puma in a distant third at 7 percent. Adidas and Nike represented 22 teams at the 2018 World Cup, with Puma sponsoring four sides. But we are in a digital era, with new ways for brands and customers to interact throughout the day. In a past era dominated by physical retail spaces, this signing may have seemed wasteful with Adidas and Nike firmly in their standing. Social media gave Puma an opening to crack the incumbents who dominated a previous paradigm. Their $6 billion in sales in 2019 was the highest in the history of the company, featuring double-digit growth in both footwear and apparel.

We first noted Puma’s zag after signing the entire City Football Group to a 10-year deal worth, $860 million jersey deal. At the time, CEO Bjorn Gulden said he wanted to maximize football culture in off-field, casual areas like “music, gaming, and fashion.” With Neymar’s global status, perhaps it’s surprising that they didn’t make a move earlier - or that Nike would allow Neymar to switch allegiances considering how he fits into a rival’s scheme for attention. It’s not just players getting the superstar treatment: Pep Guardiola also signed an individual deal with Puma, allowing him to give technical input to City’s jersey designs.

“The first reaction was to remember Johan Cruyff and Pele, but specifically Cruyff. Puma means an authenticity related to football. The ones, like me, who are already old understand that very well,” said City CEO Ferran Soriano about the circular nature of on-field authenticity and off-field cool, of reliving memories in the present.

Neymar will reportedly earn just under $30 million per year as Puma’s headliner, more than double what he earned at Nike. Most cynically, analysis of Neymar’s move can start and stop with that valuation. The figure puts him above Messi and Ronaldo in annual pay, though the two superstars each signed lifetime deals worth somewhere around a billion dollars. And how quickly these financial records fall. It was only two years ago that Puma gave Romelu Lukaku the largest endorsement deal in company history (Jose Mourinho did what he could in inflating Lukaku’s value, saying “he needs a big contract with boots”).

Neymar’s focus on the King line is interesting considering it’s an old, retro cleat featuring a kangaroo upper in lieu of lightweight advancements. It is the company’s version of the Copa Mundials, the equivalent of a LeBron James discussing his love of Chuck Taylor’s (Ronaldo and Messi lines always emphasize the most forward technology). Neymar recalls being inspired by Pele, Cruyff, and Maradona in Puma gear. Those memories are invaluable, not only in the ephemeral but also in our inability to price an emotional spark that leads to a lifelong relationship with a brand. Lukaku also said that he wanted to wear the King line because he remembers his father also wearing the cleats. And yet, the boot is currently unavailable to purchase on Puma’s site. In fact, just one style of Neymar t-shirt is currently available on the site. At the very least, Neymar does have his own logo, a minimal look mixing his initials.

But branding, marketing, and storytelling go beyond numbers, diving into a nebulous framework of influence. Analysts consider the billion dollar deals for Ronaldo and Messi a bargain due to how each company can monetize the attention they bring on something as simple as a tweet or Instagram post. Should Puma need to bring attention to a new line of product, one Instagram post from Neymar can bypass spending millions on traditional advertisement.

There are the numbers and emotions of analyzing Neymar’s worth to Puma. We can most simply compare the revenue generated from Neymar’s brand with his salary. Though branding is never a one-to-one ratio, especially now due to the exponential nature of social media engagements, influence, and inspiring the next Neymar to sign with Puma. Maradona last played his final professional match in 1997. From a certain perspective, you could say it took 23 years for his career to pay off in Neymar’s signing. A famous advertising executive once described nostalgia as letting us travel to a “place where we know we are loved.” Is Neymar worth $30 million a year to only sell cleats? At the very least, the signing keeps the conversation and discussion alive for another generation of consumers.

“The sauce is something you’re born with, you either have it or you don’t. I’d use it to describe the way I play, the sauce spills all over the pitch,” said Jadon Sancho about his release of a limited edition line with Nike inspired by his south-east London roots.

Like a soccer team itself, when one player leaves a brand, there’s always another player eager to tell their story to a wider audience. Mbappe and Sancho slotted into Neymar’s place underneath Ronaldo at Nike. And with Ronaldo as Nike’s lifetime top earner, and Sancho and Mbappe its future, what was Neymar’s role in the hierarchy? You either are the legacy act or the future.

Not just for emotional or branding purposes, endorsement deals have a way of playing themselves out in tangible ways. Nike reportedly paid PSG an extra $30 million per year in order to keep Mbappe from leaving for the Adidas-sponsored Real Madrid. The Nike-to-Nike connection is another reason why both Mbappe and Sancho are constantly linked with a Liverpool move (Nike also leaked Coutinho’s transfer from Liverpool to Barcelona).

The synergy between a superstar endorser playing for a team sponsored by the brand they endorse is the ultimate meeting of function and form, creating a positive feedback loop in which on-field greatness and crossover, pop culture moments build off each other to create one attention-gathering machine. In the past, maximizing soccer culture may have resulted in something apparel related, maybe a jersey or a cleat colorway. Today, we can spread that impact across music streams, Twitch, Fortnite, Tik Tok, and any other chance to get into a user’s smartphone. Every social media app is a platform and an opportunity to go viral. But whether you ask Neymar or Manchester City executives, branding has been around as long as the sport has been televised. The velocity and relentless of the message from analog to digital, and the numerous ways to reach an audience, has changed exponentially.