Shaped By 2020, Atalanta Gives Serie A The Blueprint For The Future 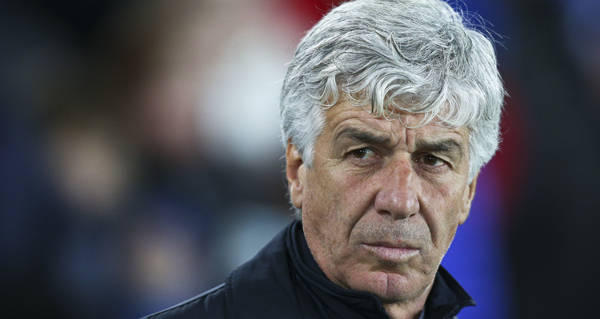 Five minutes from beating PSG in the Champions League quarterfinals and quickly tiring from having just 37% of possession, Atalanta finally broke. Marquinhos tied the match 1-1 in the 90th minute, then Eric Maxim Choupo-Moting won the match for PSG three minutes into injury time. The result was disappointing for neutrals considering the attacking nature of Gian Piero Gasperini’s underdog side, but also realistic with PSG’s dominance. The result took little away from Atalanta’s season. Featuring the 13th highest wage bill in Serie A at an estimated $42 million, they pushed an opposition side with over $200 million in wages. Gaspierini credited their overachieving season to having “resources of passion and ideas, not necessarily of money, but those are a bottomless well.”

With months of distance, we’re beginning to understand Atalanta’s run within the context of the COVID-19 outbreak in the region. Lombardy reported 100,000 of Italy’s 273,000 cases of coronavirus, with 57% of people testing positive for antibodies at one point. Soccer, a sport of communal experiences between supporters and players, had a role in its transmission. Atalanta’s 4-1 win over Valencia in the second leg of the round of 16, attended by 40,000 supporters at San Siro, was described by the mayor of Bergamo as a “biological bomb.” That February 19th night was the “last day of total ignorance” in the city.

There were debates as to the morality of the club resuming the season considering the tragedy. Gasperini took solace in the “sense of belonging” that his side could inspire. When we wrote about Atalanta last season, they were the upstarts built upon a manager’s redemption and the highest regarded youth academy in Italy. Soccer was much simpler then, with discussions centering around player form and tactics.

Their 3-4-3 attacking style defied narratives of the league’s defensive reputation. They’ve built further upon that excitement this season, straddling the gap between the mainstream and keeping their indie spark. The attack was historic; their 98 goals are most ever scored in a Serie A season (their +50 goal differential also lead the league). In making the Champions League for the second consecutive season over historic names like Milan, Roma, and Napoli, Gasperini declared that his side was “not a fluke.” Gasperini proudly spoke of turning a three player backline associated with sitting back into a proactive style. His defensive philosophy is to never wait for opponents to make mistakes, but instead steal the ball.

Along the way, they’ve become more than a one-off, goal-scoring machine. Atalanta are the blueprint to follow for every mid-table Serie A side, according to Arrigo Sacchi. The 74-year-old explained how if other clubs followed their approach to integrating the youth academy with the right purchases, then Italy “would certainly be a better country.” He especially focused on playmakers Papu Gomez and Josip Ilicic elevating the whole beyond its individual parts through their workrate.

“There aren’t any great champions in the Atalanta squad, but there are players with great talent - and I am thinking of Ilicic and Papu Gomez - who put their qualities at the service of the group,” added Sacchi.

That ability to make an entire side function is even more essential in the pressing era, where all eleven players must work together without the ball to close down space. How often have we read of sides attempting to make up for one luxury attacker with extra runners in midfield? Atalanta’s style is as much defined by not carrying selfish players as much as having brilliant creators. Gomez began his career as a wingback, a position defined by industry with and without the ball, before shifting to his current role in later years. Tuchel described Atalanta as a side that “attack with all their players, move forward all the time, and press everywhere.”

Though if you ask other managers in Serie A, teams are already copying Gasperini’s side. Maurizio Sarri observed that Roberto De Zerbi’s Sassuolo are “one of those teams that have taken the same path as Atalanta” not only in their aggressive style, but also in the continuity and commitment of the project from the boardroom. What started as one of the most unique and effective attacking styles in Europe, a cult figure to those on social media, is slowly becoming codified throughout the league. And while the energy is easy to see, both Sacchi and Sarri also emphasize the importance of the synergy from behind the scenes.

On overachieving again for a third consecutive season, Gasperini remained realistic, saying that the likes of Milan would also improve. His ambitions remained modest: get to 40 points to stave off relegation. And if they make history in the process, then so be it.

At some point over the past decade, the Champions League became the greatest annual sporting competition in the world. Where else can you find different country’s styles, traditions, and histories pitted against each other? Yet that competition across borders became its weakness during a pandemic. There is an oft-quoted metaphor of how ideas spread like viruses, and we can see that in real-time every season through trends of European soccer, with players and managers moving across leagues, with styles in one league quickly adopted by others. We couldn’t have imagined the impact of a real virus moving across those channels. And quickly as well, with Gasperini describing how the city went from the euphoria of beating to fear “in the span of 48 hours.”

In deciding how to proceed once the Serie A season resumed, Gasperini found inspiration in real life. He pointed to the juxtaposition between tragedy and our attempts to find small bits of escape throughout the day. “I saw people singing on the balconies of Italy while Bergamo was filling up trucks with coffins,” said Gasperini, adding that the club’s return could help restart the city.

As outsiders, we got to know Atalanta on a footballing and a human level. We further explored how their attacking shape developed over the season. We got to know how they give every newborn baby a club jersey to thwart off the two larger Milan sides. Gasperini said before the PSG match that their run was symbolically important in signaling how a club without European pedigree can get far in the tournament by playing with enthusiasm. Likewise, Gomez explained to Juventus chairman Andrea Agnelli the importance of giving new sides like Atalanta the proper space to write their own narratives in the Champions League, alongside the traditional powers, so Italian football can continue to grow.

Though last season will intrinsically be linked to world history and tragedy. We used to describe sports with outsized language before the pandemic, applying metaphors and ideas of how the game resembles life. This year showed us the limitations of that language, of how soccer cannot heal or cure illness. But it can give us joy, identity, and a feeling of belonging, and if you listen to Gasperini, an inspiration for a future.