The Post-30 Stars Aging And Regenerating In La Liga 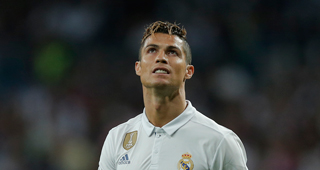 With the amount of attention paid to Real Madrid’s dominance under Zinedine Zidane and Barcelona’s over-reliance on their front attacking three, last season’s La Liga title race wasn’t officially clinched until the second to final match day weekend. Barcelona had snuck into first place as late as March, which in a recurring theme in analyzing the side this season, over flattered the side. Regardless, with goals from Cristiano Ronaldo and Karim Benzema against Malaga, Real Madrid won their first league title since 2012.

The manner in which Zidane, Toni Kroos, Luka Modric, and their youth policy are discussed today, that five-year drought between league titles displays the weekly extremes of analysis unique to the top two La Liga sides. The common refrain is that Spanish football most resembles a theater compared to their European counterpart leagues, complete with the character development and emotional swings of a good narrative.

Coming off another Champions League trophy three months ago, the focus was in how gracefully Ronaldo entered the final stage of his career. No longer the player who could win matches by himself, the 32-year-old Portuguese winger remolded himself into the best poacher in Europe. He was helped by Zidane’s plan to sit Ronaldo in small matches, to which a refreshed Ronaldo responded with back to back Champions League hat tricks against Bayern Munich and Atletico Madrid, then two more in the finals against Juventus. It was a page taken from Michael Jordan’s guide to early 30 dominance: eschew the tricks of athleticism and go straight to cold, hard buckets. Ronaldo stated his desire to play until he’s 40 years old at this rate of rest.

Of course, sitting Ronaldo is a luxury when you have a squad deep enough to do so. Only if Lionel Messi could have his 30s be this easy. There was a natural evolution for Neymar to continue take the physical responsibility of the playmaking winger while Messi would play closer to goal like Ronaldo or more intriguingly, use his passing ability to drop deeper into the initial build up phase. But Ronaldo has Isco, Benzema, Gareth Bale, Luka Modric, Toni Kroos, and Marco Asensio to do the heavy lifting. There was no such plan B for the Catalan side once Neymar left.

If the performance over two legs against Real Madrid in this season’s Spanish Super Cup is any indication, Messi will have the most creative burden he’s ever had in his time at the club. Andres Iniesta and Luis Suarez are in their 30s as well. The continued reliance on the Argentine shows the failure of the current Barcelona board. Colin McGowan documented how club president Josep Maria Bartomeu’s off field business interests influenced the roster construction since he took over in 2014, especially in the case of 29 year old Paulinho’s $47 million signing from Guangzhou Evergrande this window. And the story of Barcelona’s unwillingness to pay $5 million to sign the 21-year-old Asensio already has taken on its own life.

Last summer’s ineffective high priced signings of Paco Alcacer and Andre Gomes took on a symbolic life of its own in both a lack of quality scouting and the talent drought from La Masia. Expected to relieve the attacking burden off Messi and Iniesta, the two players only magnified the difference in talent between their Madrid rivals. The rumored signings of Coutinho and Ousmane Dembele would make up for those transfer mistakes, although like Messi, their individual brilliance would only further paper over the cracks. New manager Ernesto Valverde has experimented with a three man backline to try to unlock some form of positional advantage. But it is fair to wonder how differently the managerial search would have gone if all parties knew in advance that Neymar would leave the club.

Overshadowed by the top two, Diego Simeone and Atletico Madrid are back to basics. The past two summers focused on how Simeone would evolve his 4-4-2 formation in attack with splashy signings like Nico Gaitan, Luciano Vietto, and Jackson Martinez - all of whom are either no longer with the club or on their way out. We’ve wondered what would come first: opponents figuring out the seemingly simple 4-4-2 style, Simeone’s magic running out on his players, or the manager burning himself out.

Simeone tried an expansive style in experimenting with a 4-1-4-1 formation at the beginning of last season, moving the attack minded Koke to center midfield. But the shift in balance to attack resulted in captain Gabi speaking out about losing their identity. Simeone eventually returned to a 4-4-2 formation as Atleti finished in third place purgatory, 15 points behind the champions and six points ahead of fourth placed Sevilla.

The biggest story of Atleti’s summer was the possibility of replacing Antoine Griezmann with Diego Costa. A transfer ban put an end to the Griezmann rumors, as well as any distracting social media noise and speculation surrounding the club (although they managed to circumvent the ban by indirectly signing Vitolo, and the Costa reunion seems likely). For Simeone, there were no proclamations of a new attacking system. The limits of the transfer ban invoked a back against the wall mentality much more in line with what we’ve come to know from the club. With the development of young defenders in Jose Gimenez and Lucas Hernandez, he declared this season’s team to have “no limits”.

That grandiose statements took on a different meaning than it would have a year ago, when Simeone shortened his contract to expire after the 2018 season. Rumors placed him at Inter, but Luciano Spalletti’s signing took that option off the table for now. In opening their new stadium this season, McGowan wrote how Simeone and Atleti’s counter culture aesthetic entered its corporate era. But they do have an identity: Atleti will defend deep in two banks of four. They will counter attack. They will give up the least amount of goals in La Liga this season.

Like Messi, Ronaldo, Suarez, and Iniesta, the spine of modern Atleti in Gabi and Diego Godin are in their 30s as well. There’s no doubting the quality of future Spanish talent. We saw the skill in the side that made it to the U-21 European Championship finals, and there is no better league at developing a specific type of player - the ball playing midfielder - than Spanish clubs. But in the debate of Messi versus Ronaldo, we left out how the off-field decisions of their respective clubs would influence the tail end of their careers. In Iniesta’s autobiography, Messi wrote about how much he plays off the Spanish midfielder’s touches during difficult matches. Nothing symbolizes the changing era of this upcoming La Liga season like no longer having familiar players to rely upon.