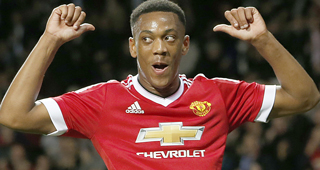 Manchester United have rejected a loan offer from Sevilla for Anthony Martial.

Martial has told United he would like to leave in January. United is holding out for a loan offer that will cover all of his wages and also include a loan fee.

Martial has not featured since the 2-0 win over Villarreal on Nov. 23. Martial is under contract until 2024.