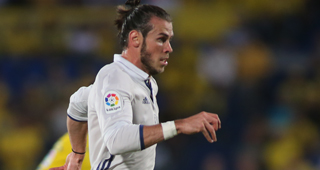 Gareth Bale said he would "definitely be interested" in playing in the MLS in the future.

Real Madrid nearly agreed to a deal for Bale to play in China before talks broke down. Bale's contract runs until 2022.

"It's a league that's on the up and still rising, and I think a lot more players want to come over to America now to play. I'd definitely be interested in it. I love going to Los Angeles on holiday."