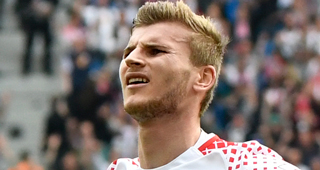 Timo Werner has ruled out a potential transfer move to Bayern Munich, citing the desire to seek a new challenge outside Germany.

"It's just that the challenge of another league would appeal to me a little more than a move within the Bundesliga.

"Of course, it also important that mutual respect is there as much as possible. That's why I chose RB Leipzig at the time, and why I would choose the club for [the] next step as one where I would get that feeling," said Werner.

Werner has been linked with a potential move to Liverpool.

Werner has been valued as highly at $66 million.