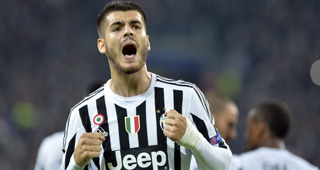 With Chelsea expected to sell Diego Costa in the summer, they are expected to again pursue Alvaro Morata.

Morata was signed by Juventus during the tenure of Antonio Conte.

Players such as Romelu Lukaku at Everton and Crystal Palace’s Christian Benteke will also come under serious consideration.