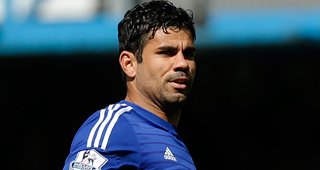 Diego Costa has returned to training with Chelsea but still seeks a summer move.

Costa had been working on his own since complaining of pain in his lower back a week ago, prompting a row with a member of Chelsea’s fitness staff who had doubted the validity of the injury. Antonio Conte supported his coach and made Costa train alone.

Chinese Super League clubs pursued Costa during the January window and they're expected to renew their interest in the summer, as are Atletico Madrid.

The money raised through Costa’s sale will offer Conte more leeway in the market to secure a high-caliber replacement, with interest maintained in the Real Madrid’s former Juventus striker Alvaro Morata.