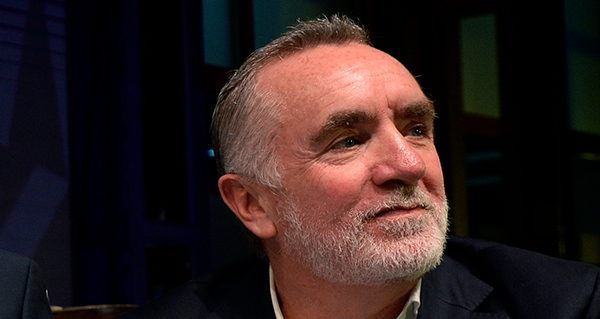 “It’s part of Nashville’s secret sauce,” said Nashville SC owner John Ingram after his city was awarded an MLS expansion team in December of 2017. With the announcement symbolically taking place at the Country Music Hall of Fame, Ingram gave credit to the city’s collaborative nature for his ability to put quickly together a viable MLS expansion plan that also included a soccer stadium - a stumbling block in other proposals. League Commissioner Don Garber described the connectivity between Nashville’s business and political organizations in advancing their expansion plans as “unprecedented.” Primarily known in pop culture for its impact in American music, Ingram observed that the backroom workings of Nashville have “been fostered and has been around for at least the last 20, 30 years.”

Can you build an MLS club in just over two years? The high of proudly introducing your city to the world has turned into the present, where Nashville SC are set to make their MLS debut (though the club have had a two-year runway to develop their brand in the USL). Part of the uniqueness of the league is that we get to see the process of creating a soccer team, from logistics to on-field talent, in real time. And as Ingram and Garber noted, Nashville is used to operating at this type of scale.

Team CEO Ian Ayre should be accustomed to supporter pressure from his time in the same role at Liverpool. Ayre built the soccer aspect of the club hire by hire, aiming to build a backroom staff familiar with the nuances of MLS. And while someone with Ayre’s resume surely has his choice of positions in Europe, he’s here for the same reason why we all are, in the sheer excitement of creating something new out of something, of controlling and shaping every aspect of a club from its very basics. So between the philosophy or the people, what would come first? There is a distinct image for how a modern football club plays. It is something from the Bundesliga, grounded in Jurgen Klopp’s pressing, built upon speed, tempo, and transitions. It would be then up to general manager Mike Jacobs and head coach Gary Smith to embody that philosophy through their personnel moves.

Nashville represents Jacobs’ first crack at a top MLS position after his time learning under Peter Vermes and Sporting KC, an apprenticeship that included building out their Swopes Park Rangers reserve team in USL. He is balanced by the experience of the 51-year-old Smith, who won an MLS title with Colorado back in 2010, back when there were 16 teams in the league. Smith enters a growing MLS with 26 sides.

“There’ll be a big emphasis in the attacking half of the field in terms of pressing. Being aggressive with our outlook without the ball - I think the Red Bulls do it best, but I want to be Nashville,” said Smith about his vision of modernity for the upcoming season.

The dream of building from scratch ran into the realities of a salary capped league. Jacobs divided MLS into big market teams able to spend eight-figures on Designated Players, while Nashville are “in that next group” of a more moderate, seven-figure Designated Player. He would have to fill out the roster with MLS lifers. But still, filling twenty-something roster spots takes on the feel of a real-life fantasy sports team. This is an auteur’s approach to soccer. Smith said that there will be “no players who are going to be added to the MLS roster that won’t fit my vision of how the team will play.”

A quick trivia question: who is the first player in Nashville SC history? That would be striker Daniel Rios, promoted from their USL side. The team’s first Designated Player is the 24-year-old German Hany Mukhtar, acquired from Brondby IF in Denmark. The side’s strength is in their international midfield with Mukhtar, Randall Leal, and David Accam, all of whom have the required positional versatility and endurance for a pressing style. The club’s first draft pick was Jack Maher, with the team surprising the player by busing out supporters to greet him outside of his home (inadvertently, the affluence displayed hinted about the resources needed to develop an American soccer player).

The club will open against Atlanta United at home, an opportunity to create a rivalry in the Southeast. Regardless of that result, there will be a honeymoon period. There will be other firsts to celebrate or endure: first goals, first wins, first losses, first disappointments. The theories of team-building will be replaced by the realities of the day-to-day. Yet that normalcy represents a victory in itself in the MLS expansion world, with other cities still left hanging in the imagination stage.

There are paradigms for building a successful MLS expansion team. Atlanta United set the standard of modernity for its time, signing young South American attackers with an eye to resell on to Europe (an approach that Inter Miami have taken). LAFC then raised Atlanta’s bar by going for established international quality in hiring Bob Bradley and signing Carlos Vela.

Though building a soccer team is not just about winning, but how a team wins. As Smith hinted at, a team’s starting 11 must represent a larger philosophy. Every decision pegs a team in a particular lineage. Does one value a passing, possession-based style of Barcelona? A side focused on counter attacking? Sometimes, an identity is pressed upon you. Tim Howard, the general manager of Memphis 901, differentiated between the two Tennessee teams by saying “you earn everything you get in Memphis, unlike the folks up the road in Nashville.”

That idea of a team standing for an idea bigger than itself is of a particular modern business trend. Nashville itself is a defining city in American culture, expected to attract over 500,000 new residents in the next 20 years. One would assume its soccer team reflect that same sort of forward-moving innovation. Local band Judah and the Lion are set to perform before their inaugural match, thereby establishing a dialogue between a soccer club and its music scene.

The entries of Nashville and Miami this season tell a distinct story of American cities. Garber expressed his enthusiasm over Nashville’s creativity, while Mayor Megan Barry said that Nashville SC was further proof of Tennessee’s global brand. With the city already established within culture, there is a direct storytelling synergy between the collaborative nature of a successful music band and a soccer team working together to build something greater than its individual parts.

Besides, music and soccer styles move at the same rate due to the virality of social media. New styles and re-implementations of existing ideas arise from all corners of the globe, all consumed by audiences online. And the high-pressing style has been described as the soccer version of rock and roll. Nashville SC has a chance to embody the philosophy in its purest form, showing the soccer world what it could look like when starting from the very foundation.