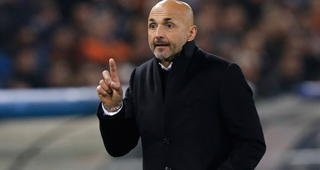 Mauro Icardi was an obvious figure to score the decisive goal in the Milan derby, a penalty in the 90th minute to complete his hat trick. Inter took an early lead as Milan drew level behind a signature Suso left footed curler. Icardi gave his side the lead with an inventive finish as Milan drew level again, before the Argentine decided the match in the last minute. After what was the most entertaining and highest quality Milan derby in recent memory, Inter manager Luciano Spalletti refused to be caught up in the moment and called for his side to improve.

Both Milan sides have struggled to keep up in the modern soccer landscape, although that may be changing with the financial might of Chinese firms taking over each club. From a perspective of mixing and matching a group of summer transfers, Milan are this year where Inter were last season when the Nerazzurri spent over $100 million in the transfer market headlined by Joao Mario, Antonio Candreva and Gabriel Barbosa. They were led by Frank de Boer, who still had the Ajax shine. Their season fell apart just as quickly, as de Boer was fired after 85 days, replaced by Stefano Pioli and fired six months later, then replaced by Stefano Vecchi.

This summer was quiet by comparison and quiet on purpose, with new sporting director Walter Sabatini emphasizing that his club work “in silence”. Sabatini said Italian clubs operate in a “second market”, hence the importance of his lower profile signings this past summer. Of course, they could do nothing to top Milan’s spending spree, but more than names, Inter needed stability. Enter the 58-year-old Spalletti, fresh off leading Roma to a club record season points total, reuniting the manager and sporting director. Sabatini displayed his eye for value in his self-described ghost market with three Serie A proven talents in midfielders Matias Vecino and Borja Valero from Fiorentina and defender Milan Skriniar from Sampdoria for a combined $60 million.

Skriniar, who moonlights as a defensive midfielder with Slovakia, adds ball playing skills alongside the physicality of center back partner Miranda. Vecino gives bite to the midfield, and the 32-year-old Valero, one of the most underrated Spanish midfielders of that golden generation, adds tempo and passing. After those signings, the importance lied in what Sabatini described as “integrating” players from last season. 24-year-old Marcelo Brozovic gives an incisive presence to balance the midfield three alongside Vecino and Valero. Ivan Perisic adds dribbling and pace to their counter attack on the left wing, while Candreva supplies the crosses from the opposite side (his delivery beat Leonardo Bonucci for Icardi’s opener).

Spalletti has lined up the side in a straightforward 4-2-3-1 formation, as opposed to his two Roma ventures of a strikerless 4-6-0 and last season’s experimentation with a three center back line. As he showed at Zenit, Spalletti is comfortable using that basic shape to hold possession - and he has the midfield balance as highlighted above. They’ve averaged 53% possession this season, with short passes making up 88% of their attack.

Of last season’s transfer haul, only Candreva plays a role this season. Mario has only started three matches, Barbosa is on loan at Benfica, and Ever Banega returned to Sevilla. Inter currently sit in second place, two points behind Napoli. At this time last season, they had lost three consecutive Serie A matches with de Boer clinging to his job. Summer transfer signings generate excitement, but putting together a cohesive, winning side requires a different touch.

In the second week of the season, Spalletti and Sabatini returned to Roma as the opposition. Even as Spalletti lead the side to their highest point total in club history, he left in controversy for the way he handled Francesco Totti’s final season of his career. Roma, with a new stadium on the horizon, replaced the duo with Monchi and Eusebio di Francesco as new sporting director and manager. Inter won the match 3-1, with two goals from Icardi (who else?).

Perhaps Spalletti’s perception suffers from having been in the European eye for more than a decade. We know what a Spalletti side looks like: they attack, entertain and get close but never quite win league titles. There is a sense of underachievement, or that his sides never reached their full potential by neglecting the ugliness necessary to grind out an entire season. This may also be a tacit acknowledgement that a side cannot win both a supporter’s heart and titles, that there must be a choice.

In his five totals seasons at Roma, Spalleti’s sides won just two Italian Cups in 2007 and 2008. His peers Carlo Ancelotti and especially Roberto Mancini, who won the league with Inter during the height of his innovative Roma years, have combined for double digit league and European titles. Yet could his outsized influence outweigh his trophies? Could we trace his emphasis on vertical passing to what we see with Maurizio Sarri and Napoli? Focusing on a manager or player’s trophy haul as a sign of their quality tells a limited story. Currently, Spalletti’s story sits between a tactical innovator, journeyman Serie A manager for the cynical, and cult hero.

Sabatini and Spalletti are also one of European footballs best pairings of sporting director and manager, focused on how players fit within a team. The line between signing big names and building a roster gets blurred with each blockbuster transfer, but there is a difference. Sabatini generated Roma a net revenue of $165 million in his five seasons with the club, capped by Miralem Pjanic’s record sale to Juventus. In leaving the club last year, Sabatini spoke of Roma prioritizing a “love of statistics” and desire to “find a winning algorithm” as opposed to his scouting instinct.

As a new generation of owners buy football clubs with the expectations of building an international soccer empire, Sabatini emphasized the need to reframe his western way of thinking. Inter have already partnered with a new digital agency and a new shirt sponsor. With increasing ambitions beyond the field, partnerships like Spalletti and Sabatini, and their knowledge of the domestic talent layer just beneath the superstar market, may be a thing of the past.

Daniele de Rossi called Spalletti the best manager he’s ever worked with, and in a way, this current Inter team is a continuation on last season’s Roma project. But whether it's Spalletti and Sabatini or Monchi and di Francesco, football is a game of balance, between defending and attack, between attracting worldwide attention and building a successful side around a 32-year-old playmaker in lieu of nine figure signings. With Serie A as open as it’s been since 2011, this season presents an opening for the Inter duo to show how they can win in a new world using old methods.