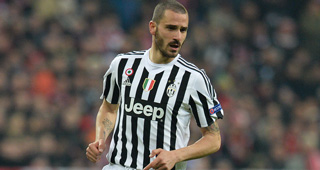 From the Snapchat coverage to the title of “Black and White and More”, the event to reveal the redesign of Juventus’ crest was a uniquely modern experience. And an essential one, if team president Andrea Agnelli is correct. In foreshadowing the new logo, he explained last November that Juventus are competing against Premier League and Bundesliga sides for the attention of millennials and kids from Shanghai to Mexico City. His solution to this competition was to transcend soccer and become a lifestyle.

The new design symbolized the “Juventus way of living” consisting of the three pillars of the club’s DNA - the black and white stripes, the Scudetto, and the iconic “J” letter. Designed by the Milan-based firm Interbrand, the logo seeked to balance the club’s identity with versatility. A custom typography font was created from lettering, furthering the potential reach of its application. The agency observed that the minimal crest has the ability to represent experiences beyond the stadium or the television, or even a Snapchat or Twitter account. Agnelli commends its ability to convey Juventus’ philosophy across physical and digital platforms.

To say that the crest was a harsh break from past logos utilizing the symbolic bull is an understatement. Depending on where you stand, Juventus reached too far or made their Serie A opponents look archaic. The backlash was immediate, with sentiments ranging from the tangible embarrassment to the intangible fear of the club losing a connection with its history and its supporters with the club. Are Juventus a club or a brand? Did it go too far corporate?

Yes, there was footage of Zinedine Zidane and Alessandro Del Piero in the promotional video (two of only three soccer related juxtapositions) streamed, retweeted, and liked through the club’s Twitter account. And the last two years of logo redesigns from Instagram to Uber have taught us that there is a shape to the backlash: first, the wave of criticism. Then acceptance. Then it gets copied by other companies. Logos, branding, and social media are governed by their own gravity.

The initial reaction to the Juventus redesign added to a bad month for redesigns, but it’s important to distinguish it from LA Chargers logo that drew a similar criticism and mocking. With no direction or nod to opening a new relationship with its fans, that Chargers logo appeared aimless. At least Juventus had a higher purpose: a desire to own the future.

What is the relationship between soccer club and supporter in 2017 and beyond?

If supporting a club was once based on context and location, TV was the original medium that transcended those boundaries and spread fan clubs worldwide. Social media and smartphone technology has only scratched the surface of how far and deep that relationship can go. Marc Andreessen once predicted that software would eat the world. Taking it one step further, the 24 hour access provided by smartphones further extend the relationship with customer and brand beyond any previous capability. The medium is certainly available for Juventus to become a lifestyle.

This also changes the role of a club crest from what they represent to what they can do. They must be versatile to work across a smartphone app, an internet browser icon, a t-shirt from the team store, and a player worn jersey. There are clear guidelines for creating an effective relationship between company and consumer with an icon. Apple recommends that logos be simple and clear to provide a beautiful and memorable experience. Google favors a material metaphor emphasizing motion. So yes, a logo or badge must represent the story of a company or soccer club - but it should also be swipe-able, versatile, and immediately recognizable when downloading from an app store.

Juventus represent an especially poignant example considering where they were five years ago when Agnelli took over the side that finished seventh in Serie A. They finished seventh again in his first season as president, and have finished first ever since. A deeper look shows a club willing to innovate even while in Serie B, and they remain only one of three Serie A clubs to own their home stadium. A change in logo must also be a reminder that Juventus must never experience the dark ages again

The consensus after the initial social media storm is that the new logo represents why Juventus have achieved their recent success - not in the logo itself, but in taking the initiative to modernize before any other club. There is the strategic advantage of being first to market, provided Agnelli’s inferences are correct. Juventus are now as much Apple as they are Empoli, with Agnelli the Steve Jobs still competing with Florentino Perez. Even the design iteration through consumer research resembled a software approach. There must be some idea that one day, every company will turn into a media brand interacted with through smartphones.

Our relationship with soccer existed in a two dimensional world split somewhere between the tactics and scores of what we see on television and off field transfers rumors. And as both audience and brand come to grips with the consequences of the never-ending conversation, Juventus brazenly opened the competition for the most valued currency of our marketing generation: attention. With this perspective, it’s surprising that more teams haven’t taken the Old Lady’s approach. As for the simplicity of a badge itself, a smartphone icon is no place for the nuances of club history. On the other hand, think of it not so much as a break with the past, but a hand into the future that is no longer limited by just football.