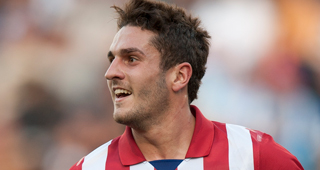 I was in Ottawa with my family a week after the Iraq War started. We took the shuttle some fifteen miles from the hotel out to what was then called the Corel Centre to watch the Senators play the Capitals. On the bus, there were middle-aged men listening to the pregame radio broadcast on walkmans, beer-drunk college kids razzing a Leafs fan in their midst, a few middle schoolers like me in Dennis Alfredsson sweaters and Peter Bondra shirseys. I didn’t have a rooting interest, though I have always liked the name Olaf Kolzig. The city ended in empty muddy green space as we turned onto the highway.

We passed through the arena gates and a man in uniform asked me if I’d ever had a patdown while he lightly squeezed my arms and legs. I told him I hadn’t, and he said well now you have, smiled, and waved me through to the concourse. There probably hadn’t been any sort of concrete security threat that night, just the absurd idea that, with America shock-and-aweing a majority-Muslim country, Al Qaeda might think to strike a hockey game between two teams called the Capitals and the Senators. The Bush administration had devised that inane sunset-colored chart to tell us how scared to be; maybe it was at elevated that evening. I didn’t think to be fearful before I showed up to the arena and as I found my seat, placed my program on my lap, and removed a hot dog from its tinfoil pouch, I wasn’t concerned.

The previous week, Canadiens fans—bless their pissy, Québécois hearts—had booed “The Star-Spangled Banner” when the Islanders were in Montreal. The Senators played America’s national anthem second, and the Ottawans, in a powerful act of mass kindness, sang it loudly and beautifully, as if it was their song too. The Caps players, most of whom were Canadian and Czech and Swedish, skated off the blue line and did a little half-lap behind the net, tapping their sticks appreciatively against the glass.

What can you say about a people? Not much that’s true, or that isn’t true and false at the same time. National character is more a way of rendering legible the contradictions within a population than an accurate description of what a nation is actually like. As a general rule, Italians are more animated than Germans and the Greeks are more laidback than the Japanese, but groups of human beings within whatever borders are everything at once—lazy, generous, mean, joyful, confident, confused—and stereotypes are usually an impediment to genuine understanding. And America? We’re anomalously pluralistic. This makes us uniquely messy, uniquely difficult to unify or pin down.

I spent my weekend watching La Liga, taking halftime hits of Twitter hysteria over Donald Trump’s Muslim ban and a white nationalist bag of lard infiltrating the National Security Council. Soccer is about as placidly dream-like as sports get: the ball rolling and looping over a giant lawn, lines of different-colored kits eluding and disrupting each other, long preludes to cataclysm that rarely arrives. Spanish soccer has a particularly slow elegance to it—lots of pretty diagonal balls; whether they lead to anything depends largely on where the team is in the table. I didn’t pay close attention to the games, but they were on, and I was glad for that.

I’ve been following La Liga for nearly a decade now, and though sports are only a pinhole into a nation’s culture, I’ve come to grasp some things about Spain by watching and reading about its soccer. I know, for example, about the widespread government corruption in Valencia that’s left the city and the autonomous community of the same name in massive debt and dotted with expensive, half-finished construction projects. I know about Eibar, a town of about 27,000 up in the Basque hills, that fundraised $1.8 million from 10,000 people in 50 countries to cut through some bureaucratic red tape and ensure its club would be allowed to compete in the Spanish top flight. I know Real Madrid weren’t ever a fascist club, but that Franco, like all propagandists, had a thing for winners and Real Madrid won all the time, so they’ve been tarred by that association. I know it’s up for debate whether Pamplona is truly a Basque city or not. I know the Spanish courts were too slow and too incompetent to take Atlético Madrid away from Enrique Cerezo and Miguel Angel Gil, who, strictly speaking, own the club illegally. I know players of African descent still get whistled and howled at once in a while. I know who Joaquín is, and that’s a delight.

I’m fond of the Spanish, though I’ve never been there and I don’t speak the language. I’ve seen the best and the worst of them—merely snapshots, but enough to form some opinions. I like their peculiarities. I like Rayo Vallecano’s adamant lefty politics and I like the sound fans and announcers make when a shot improbably curls into the top corner from twenty-five yards out: BWAH!

I remember feeling, as the Ottawans bellowed “The Star-Spangled Banner,” like I was among friends, which was important at that time, when the United States were going through some dark and ignominious days and many people in many countries were rightfully upset with us. America doesn’t have a monopoly on arrogance and thoughtlessness but we do it like nobody else, at a scale nobody else can. It makes sense that some foreigners see us as violent, hypocritical halfwits. We habitually earn that distinction. I think of us this way too sometimes. I worry about us. We’re as bad right now as we’ve been in a long time—or at least the folks carrying out actions in our name are.

People, as individuals, are typically difficult to figure out and people as groups are more difficult still. But it’s not difficult to hope for people to come around, to encourage them in the direction of compassion and righteousness and sober decision-making, because part of what makes people difficult is their complexity and fluidity—how differently they can act from one situation to the next, how they can hold beliefs that don’t sync, how suddenly they can see red or reason. None of us are pure beams of light; very few of us are too far gone. We waver unsteadily along a spectrum.

It’s silly to say that the crowd at what used to be called the Corel Centre saw some goodness in America and sought to bring it out with a song that’s, frankly, unwieldy and not fun to listen to, but the Ottawans at least understood the power of their actions. (So too did those Habs fans a week hence. They weren’t wrong, just cruel.) They chose to be supportive of their neighbors to the south, and it was nice, and then we watched a hockey game, which is all anyone really cared about anyway. It’s also silly to say I have an affection for the Spanish because I’m a La Liga watcher, but if you spend enough time studying any group of people, even from afar or through a narrow lens, you will find things to like about them. The impenetrable softens and what’s strange becomes interesting.

This is a moving experience and it reaffirms what most of us already know: people are infinite. And if we know this, we know to reject misanthropes and bigots. You can see this sentiment expressed in so many words on signs in airports across the country, hear it in the mouths of marching women and in the overflowing voicemail backlogs of senators and representatives. This idea alone isn’t nearly specific or robust enough to keep us from ruin, but it’s something to hold onto, if you’re half-watching sports on a Saturday afternoon, shaking with anxiety and anger. And it might, if you consider it a while, get you off your couch to help fight the miserable people who are wrong about everyone else.