City, Juventus Move Ahead Of Barcelona In Pursuit Of Adama Traore 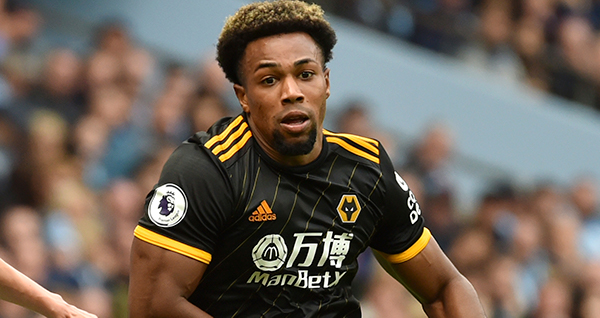 Manchester City and Juventus have moved ahead of Barcelona in pursuit of Adama Traore of Wolves.

Traore moved to Wolves from Middlesbrough in an £18 million deal in August 2018 and has become one of the most improved players in the Premier League.

Traore would remain at Molineux next season if the club can clinch a Champions League spot either through the Premier League or by winning the Europa League.

City are on the market for a winger after losing Leroy Sane to Bayern last week.