Barcelona Needs $76.8M In Player Sales Before End Of June 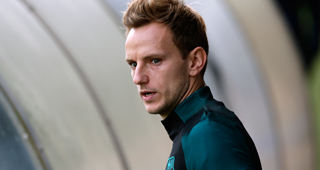 Barcelona needs to bring in approximately €70 million ($76.8 million) in player sales before the end of June to balance the club's accounts. There is genuine concern that they will not be able to hit that target due to the complications caused by the COVID-19 pandemic.

Arthur Melo, Ivan Rakitic and Arturo Vidal are three of the players Barca are open to moving on.

Junior Firpo, Samuel Umtiti and Nelson Semedo are among the other members of the squad the club hoped would generate money.

Barcelona predicted revenue for the 19-20 campaign would top €1 billion for the first time.