Luis Suarez Out For Beginning Of Copa America With Hamstring Injury 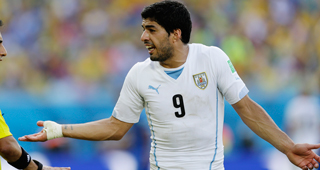 Luis Suarez is likely to miss the start of the Copa America with a hamstring injury.

The club said Suarez will begin his rehabilitation in Barcelona before joining the Uruguay squad on 1 June in the United States, where “he’ll continue with the second phase of his recovery.”

Suárez was in tears after being substituted in the 56th minute of Barcelona’s 2-0 extra time win over Sevilla. He later said on Twitter that he hoped the injury was “nothing so I can be with my national team next week.”