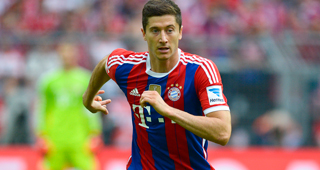 Robert Lewandowski has informed Bayern Munich he will not extend his contract beyond the 22-23 season. Lewandowski also would like a transfer to Barcelona this summer rather than wait until 2023.

Lewandowski has been with the German champions since 2014 and has scored 343 goals for the club in all competitions.

"We would be stupid to sell a player who scores 30 to 40 goals per season," Oliver Kahn said in response. "We are and will be in talks about his future in the next weeks.

"He has a contract until June 2023 and we'll definitely have him with us for another season."