Iago Aspas: From Liverpool To Somewhere Among Messi And Benzema 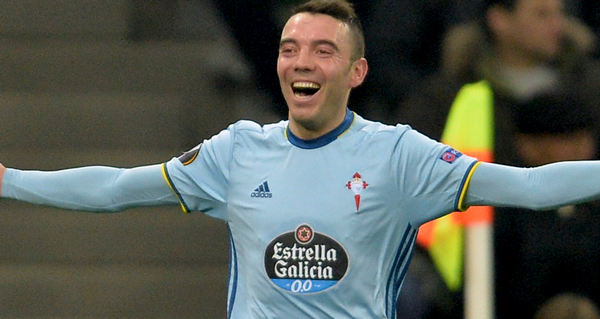 It’s not just the eyes, the dribbling aesthetics, or the goals, but the numbers also backed up the historic play of Iago Aspas. During Celta Vigo’s 3-1 win over Granada in late November, Aspas created nine goal scoring chances from open play, the most in La Liga for one game this season. His 2.84 expected assists (xA) may have been the highest ever recorded for a single game. We can go on about his dominance from his stats alone: Aspas recorded an assist or a goal in ten straight matches before Celta’s 2-0 loss to Real Madrid. He’s tied for the league lead in goals, and tops the charts in assists. The 33-year-old has been the most important player in La Liga for the first part of this season.

Or rather, is Aspas the best player in La Liga? Or considering how he has had a hand in 15 out of his team’s 22 league goals, it’s most definitive? You could also argue that Aspas has been the most-something player in Spain for a couple years depending on how you semantically define important, valuable, or best. Karim Benzema was the player who most defined the league post-lockdown, but he was also the league’s best player while leading Real Madrid to a league title. Aspas was on the other end of the table, helping Celta survive relegation by one point.

The debate also has stakes, as to whether a player has a bigger impact on a team winning the league or saving a side from relegation. For what he does, Aspas lives somewhere in the space around Benzema and Lionel Messi. Messi tops Aspas in expected goals (xG) this season, with Aspas leading La Liga and Messi in xA. It is a failure of our imagination and language that we can’t exactly place Aspas’ meaning outside of trophies. We can split it up somehow as Messi being the greatest, Benzema the best, and Aspas the most important to his team. Comparison is the thief of joy, but this trio are elevated by association. They are each 33 years old, born in 1987. As we gain clarity through the latter stages of a player’s career, this ’87 generation has been definitive for La Liga.

The adulation may come as a surprise to Liverpool, Chelsea, and Premier League supporters after Aspas completed a move from Celta to Liverpool for a bargain $8.6 million in the summer of 2013 (Aspas had been in Celta’s academy since nine years old). For the social media generation, Aspas’ claim to fame is in taking one of the worst corner kicks of the last decade. The moment took place with Liverpool down 1-0 to Chelsea on matchday 36 of the 2014 season, the same match with another infamous memory in Steven Gerrard’s slip. With Liverpool’s title dream fading late in the match, Aspas played a corner straight to Chelsea’s Willian to launch a counter attack.

Even Aspas doesn’t excuse the corner, admitting that the action was “the final memory, so it’s their lasting image of me.” It is the unpredictability of sport for a player of this quality to have a signature moment so low, especially on an innocuous event like a corner kick. And for all the unfulfilled expectations during Brendan Rodgers’ time at Liverpool, there was an attacking vision built around versatile playmakers like Coutinho, Luis Suarez, Daniel Sturridge, and Aspas.

Aspas scored one goal in 15 appearances in his only season at Liverpool, with his inability to learn English another example of the “fish out of water” year. He moved to Sevilla the following summer in a typical Monchi-esque buy low move. Again, Aspas struggled for goals and matches in his single season at Sevilla before moving back to Celta in 2015 where his story could re-start. The temper that had drawn comparisons to Suarez, and once resulted in a four-match suspension before Liverpool had calmed with the failures. From there, it was movement, dribbles, and the unpredictable. In addition to the assists, he’s scored 98 goals over 182 league matches since his return.

There is a charm in how he only plays this well with his childhood club, though his time at Liverpool and Sevilla only serve his heroic journey arc. Our character starts at home, then ventures out into the world before returning home a changed person. You could wonder how different Aspas’ perception amongst European supporters would have been had he never left Celta. But the oft-quoted saying of how we can never connect the dots going forward gives space for imperfection. There is no Aspas of today, no breaking of assist records, without those two years of struggles, or that corner.

This season of assist records and adulation almost never happened with Celta’s relegation battles last season. Considering how the side never went above 16th place after matchday nine, they spent the year in survival mode. Even the season before last, Celta again finished just one spot above relegation. Shouldn’t Aspas be playing for trophies and Champions League places?

The loyalty adds to Aspas’ cult following, but also impacts his standing within a larger footballing community. In terms of skill, he surely could have battled Messi and Benzema in a side consistently competing for European places instead of relegation. Instead, we’re left to wonder how we can bend logic and language to make a case for a player on the 17th best team in the league against other attackers playing for prestigious competitions.

Yet if Aspas won’t leave Celta for European competitions, those ambitions could be brought to him. This season is different for Aspas and Celta since the hiring of new manager Chacho Coudet from Brazil’s Internacional. The 46-year-old Argentine has drawn comparisons to Diego Simeone for his intensity. Celta have won five out of seven league matches since Coudet’s hire. Currently in eighth place, anything less than a Europa League position would be a disappointment considering their form. If soccer truly conformed to narratives, this is the outer reward for our main character staying true to his intrinsic character.

Aspas has only represented Spain 18 times in his career. That number suggests that he’s even overlooked within the country. It could be a fear of his individuality and unpredictability on the highest stage, or that he commands too much of the ball for a possession-based system. Yet his freewheeling style also represents the type of player that European academies have difficulty producing. Rodgers described Aspas as a player who’s got the definitive, Messi and Benzema-esque “trick in and around the box” while still able to add to the buildup. Coudet added that everything Aspas does on the field “makes something happen” for Celta.

And if this is a new era of the club, then Aspas, who eschewed lucrative deals elsewhere to re-sign through 2023, will continue to be its face. His essentialness to a single club in Celta also represents a past time before the global, televised version of the game. He is of a region, as close to a folkloric player as we want in the social media age. He gives space to secrets, that a player could be one of the best in the league and still go unnoticed. There still may be a sense of something untapped within Aspas without playing on the biggest stages, but staying for the relegation battles also defined his place in the modern game.