Chelsea Hires A Real Manager With A Real Shot To Succeed 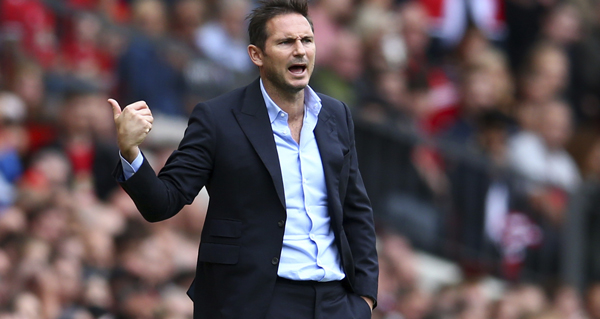 It’s always funny when somebody powerful hires their kid. It happens a lot in professional sports, as it does in every other business, but in most other businesses, the guy in charge doesn’t have to hold a press conference in which he announces that following a thorough search involving many qualified candidates, after weighing all the pros and cons, crunching the numbers, and considering even the most intangible of factors, we have decided My Son is the best man for the job. Of course everyone involved knows that this can’t possibly be the case, but one of the perks of being powerful is you don’t have to explain yourself, you merely need to provide an explanation-shaped statement.

The same principle applies to bringing in club legends to manage your soccer team. It’s an idea that indicates the absence of other, better ones. So you scoured the globe for a genius and came up with a dude who scored a bunch of goals for you a while back? Weird how that works out. The official line, when Chelsea hired Frank Lampard as their new boss in the summer of 2019, was that they were installing someone who Knows The Club. While there’s certainly some value in institutional knowledge, they perhaps should have gotten someone who Knows Tactics or Knows How To Communicate, because Lampard was apparently woefully lacking in those areas. Which is why Chelsea dismissed him this past Monday.

The reports that circulate after a big-name club sacks their manager are not altogether fair. In the same way upper management emphasizes someone’s best qualities upon hiring them, they tend to make whoever they just kicked out the door sound like a blithering incompetent.

That said, the Lampard gossip is pretty damning. Chelsea went into this season with an overloaded squad—this is what happens when you own half the continent’s players in a year when everybody is broke—and though there were always going to be problems with certain guys not getting enough playing time, Lampard exacerbated the issue by ignoring it. He picked his regular starters and his rotational options and then treated everyone else like they weren’t even there. Some players went months without speaking to the manager. This created a dynamic where there was essentially a Chelsea F.C. and a Chelsea B existing within the same locker room, with all the resentments and interpersonal dysfunction that arrangement suggests. The training ground was littered with sullen figures going through the motions, because they knew they weren’t going to play and weren’t made to feel as if anything they did particularly mattered.

One of those figures was Antonio Rudiger, who started nearly every game he was healthy for last season but had been curiously frozen out in the 2020-21 campaign due to an ugly argument with Lampard lieutenant Jody Morris. You can maybe get away with banishing a fringe player or a young talent to the bench, as a means of drawing a bright red line in terms of professional behavior—see: Matteo Guendouzi at Arsenal—but picking a fight with a well-respected vet like Rudiger is a great way to get the rest of the squad to turn on you.

You might be able to survive a controversy like that if the board is on your side. Unfortunately for Lampard, his bosses were fed up with him too after he continually insisted on two matters that they weren’t going to budge on. He wanted inconsistent shot-stopper Kepa Arrizabalaga gone, or at least a suitable replacement brought aboard, and he wanted the club to sign Declan Rice in order to solidify the midfield. It’s normal enough for a manager to make demands of the folks with personnel power, but Lampard reportedly kept asking for those two things over and over and over. To the point that Marina Granovskaia and the rest of the Chelsea board were flatly annoyed with him.

This is all without mentioning that the team simply wasn’t playing well. Chelsea currently sit eighth in the EPL table, and they’ve looked, if anything, a little bit worse than that standing suggests. Lampard’s tactical setups were muddled, players would switch off in crucial moments, Timo Werner and Kai Havertz were performing well below the standards they had established in Germany. Soccer is complicated, but it’s also a game of vibes: you can tell when a squad isn’t right, even when their record isn’t altogether terrible. By the way, the record was actually nearly terrible, at least against the kind of competition Chelsea use to measure themselves: going back to last season, the Blues had managed just three wins against the EPL’s other top five sides. At the bleary and miserable end, there wasn’t much left to recommend Frank Lampard, beyond the fact that he’s one of the best players in club history.

Thomas Tuchel, by comparison, is a real hire. Whether he succeeds or not will be dependent on the same stuff as always: strategic decisions, his relationship with players, the transfer market, dumb luck, etc. But Tuchel has a genuinely impressive resume, having worked his way up the ladder in Germany to take charge of Dortmund after Jurgen Klopp left, and having survived a difficult but broadly successful spell at Paris Saint-Germain. He’s a Good Coach, for whatever that’s worth. Frank Lamapard had very little coaching reputation to speak of, brought aboard because of his stature as a player and his personal relationships. Of course, that didn’t outright preclude him from doing a fine job, but anyone who was skeptical at his introductory presser has been proven right in just a year-and-a-half. The same fate might befall Tuchel; things move fast at Europe’s mega-clubs and there’s not much margin for error. But he has a decent shot to succeed. Lampard never felt like he had—or was—anything more than a prayer.