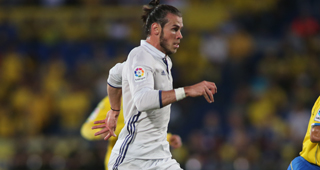 As ever, Gareth Bale appears to be swept up in a current. When Cristiano Ronaldo told Real Madrid he wanted to leave last summer, they facilitated his exit and signed no replacement. There is of course no replacing Cristiano Ronaldo, but Madrid didn’t even try. They assigned the skilled yet stagnating Marco Asensio, and later the bracingly raw Vinicius, to the left flank and just sort of accepted that the attack would be worse. Zinedine Zidane, coming off three straight Champions League title, had left Madrid too, and his substitute was a shrug of a hiring: Julen Lopetegui, whom Porto fans weren’t particularly impressed with during his time in Portugal, and whose signing detonated Spain’s World Cup run before it even started.

Lopetegui didn’t make it out of October. Real Madrid have played well below their potential and won European trophies before, but last season they were actively poor, both by their lofty standards and sometimes even freed from that context. They finished third in La Liga, because that is as low as they can possibly finish in this era, and were knocked out of the Champions League by an Ajax squad that comfortably outplayed them over two legs.

Bale didn’t have much say about any of this, and that is the problem: he is not, has never been for any extended stretch, a player Real Madrid can rely upon. He was purchased, for a world record fee in the summer of 2013, because Florentino Perez had a See Talent, Buy Talent approach in those days. Bale was the hottest commodity on the market, and Real Madrid brought that player in every summer, whoever he was, and figured it out later. This fit-agnostic purchasing policy hurt Bale, who was always slightly redundant on the right wing opposite Ronaldo. He spent five seasons trying to express himself while dancing around the toes of a club deity. As ever, Ronaldo thrived. Bale didn’t crater or flail, but he did seem displaced. He was also constantly injured, some leg injury or another keeping him out of the lineup for six weeks, then another handful of matches spent struggling to get himself back into the flow of the attack.

If you were only halfway paying attention, you might think that Bale would have served as a decent Ronaldo replacement last season, but the dream of Bale as a true star—on par with Antoine Griezmann or Eden Hazard, a great player not quite on Ronaldo or Leo Messi’s level, because nobody is—has been dead for a while. While we can safely say that Madrid haven’t brought out the best in him, there are now forever unanswerable questions about precisely how good he would have been anywhere else. Those persistent lower body injuries were always going to happen, and while Bale is one of the most physically gifted players of his generation, he’s also stubborn and lacks the keen positional awareness of Europe’s elite forwards. He needs a lot of the ball to truly excel, and you can’t be sure what he’s going to do with it. In some matches he’s hitting gorgeous swooping crosses and beating the keeper from distance, and in others he does nothing but dribble into three defenders or drift at the periphery of the action, failing to assert himself because he doesn’t have any idea how to do so. He’s a prototypical winger, in other words: Bale will win you a few games but you can’t build a team around him.

The sidekick role didn’t suit him and the burden of being the main man is too much for him to take and so it seems he’s done at Real Madrid. Zidane is back in charge, and Zidane loathes Bale. Serenely stoic as he is, he’s never explained his enmity for the Welshman in public, but it’s a bone-deep thing and probably has something to do with Bale squandering his immense ability. There’s a flightiness to him, a characteristic that would lightly annoy you in a friend, that seems to genuinely offend Zizou. Reportedly, one of the conditions Zidane set upon returning to Real Madrid was that Bale would be shipped out. So the club has spent all summer trying to make that happen.

The options are extremely limited. Bale could go lots of places in a vacuum—he’s far from a bad player—but his wages are huge and he refuses to take a pay cut, which makes him unemployable for all but the richest clubs in the world. That leaves Paris Saint Germain (nope), Manchester City (no way), Manchester United (the slightest chance), and the great sporting wilds of China, where exiled talents go to earn five times their worth.

As recently as last Friday, it looked likely that Bale was headed to Jiangsu Suning, where he would make (literally) upwards of a million dollars a week, accrue a bunch of new Instagram followers, and be roughly as flummoxed by the local language as he is in Spain. This move was going to put a fine point on a disappointing career: Bale, due to durability issues, due to inconsistency, due to his own insistence on being paid like a superstar, was set to be done with top level soccer, more or less by his own choice. He’d collect his money and fade into obscurity.

But journalists in Spain are saying that Bale’s move to Jiangsu Suning has been blocked by Florentino Perez. He wants a transfer fee that Jiangsu aren’t willing to pay, and they’ve now made another maneuver—signing Croat striker Ivan Santini—that effectively closes the door on Bale joining the club this summer. Unsurprisingly, Bale is extremely upset about this. He’s not traveling with the team to their next set of preseason matches while Real Madrid figure out what to do with him. Presumably they’ll try to work something out with another Chinese club, but getting somebody to stump up a salary offer as astronomical as the one Bale expects won’t be easy.

There’s a real possibility Bale is stranded in Madrid this season, that he rarely starts and sulks and doesn’t make eye contact with Zidane for nine months straight. If there are worse fates than living in Spain and collecting a huge paycheck, it is also a burden, the niggling feeling of not being wanted and your boss thinking poorly of you. It would be best for all parties if Bale could find an exit, but until everybody gets moving in the same direction, he’s stuck with Real Madrid and vice versa. There aren’t many alternatives. For a player who once seemed like he had everything in front of him, there is now very little daylight left.