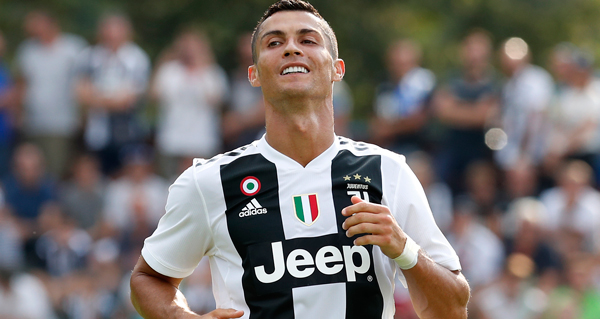 We’ve previously summarized each soccer season with year-end portfolios, taking into account a side’s roster to create a clearer picture of their standing within the larger picture of their peers. But whether it was a result of Juventus’ rebrand, Roma’s emphasis on social media impressions, or teams like Manchester City and Sunderland greenlighting documentaries about themselves, 2018 felt like a turning point in how clubs explored streaming and digital avenues to tell their own story while competing for supporters around the globe. After all, a club isn’t just defined by what they accomplish on the field anymore - it’s the attention they hold throughout a supporter’s day and how they extend a match beyond the 90 minutes into a 24-hour lifestyle. Never before have supporters had more access to players, tactics, managers, and the inner workings of their favorite club.

The top clubs push modernity on all fronts, from playing style, to exciting superstars, to results, all sparked by a digital reach to create a specific feeling. In discussing Juventus’ rebrand, Andrea Agnelli stated that he wanted the logo to symbolize a new way of living, taking the story of his club’s history into the future. It is a new, modern approach to redefining the relationship between team and supporter, created out of technology and social media. That has likely been the stakes for some time now, definitely so in 2018, and even more so in the future as teams attempt to re-contextualize their past into a digital, social era.

The following are 10 clubs who most embodied the modern, digital age in 2018:

Atlanta United: While most clubs use a digital platform as a means to a branding and communications ends, Atlanta United, in just their second year, were born of the digital age and signaled the rise of a new era in the league. Atlanta changed what an MLS club could aspire to in terms of community impact while developing a blueprint for how future MLS clubs can create and build a sporting culture from scratch. A significant part of this success is in their South American-influenced roster which is the least known out of any team on this list even with the likes of Miguel Almiron, Josef Martinez and now Pity Martinez. But that is the exponential ability of digital: a club can create something much larger than the talent on its roster and reach a footballing audience beyond the continent. No team re-defined and recontextualized an entire league more than Atlanta this season, so much so that their success split owners in how they want to grow the league in the future.

River Plate: River Plate’s international prominence over the past two months was born out of the violence and tension surrounding the second leg of their Copa Libertadores final against Boca Juniors. Still with layers to sift through, we may never see the full ramifications and consequences of the relationship between club, supporter, and society for years to come. We can still lament how the match was taken away from River Plate Stadium, but in winning the title at the Santiago Bernabeu, River showcased their style first-hand to a European audience in concluding a month-long story. That entire sequence, from the 2-2 first leg to the attack of Boca’s bus before the originally scheduled second leg, to the long delays of when and if the final would actually get played took twists and turns that played out on our timelines like a Shakespearean play. It was an example of how clubs do not earn attention in the same way, and that sometimes you get retweets for signing a new player, and the other times, a club is at the mercy of, or at least a part of the story of its larger society. But as Pity Martinez dribbled into an open net to score the final goal, River captured the world’s imagination for that moment, for better or worse.

Roma: Just on their digital resources alone, Roma should be the most modern club in world football. But while they continue to innovate their storytelling in a social media space, especially on Twitter, Roma’s struggles this season are a case study in what happens when digital reach outshines the results on the field. In theory, Roma have all the basics down to be at the forefront of this specific era, as they showcased during their Champions League comeback against Barcelona last season: they have a sporting director who known for signing undervalued talent alongside a highly-rated Serie A tactician. Yet Eusebio di Francesco’s job security is in question and Monchi has yet to fully find his magic touch on the transfer market. With an unwanted combination of social media attention without results, Roma are at-risk for being known more for flash than substance. The ecstasy of a Twitter moment is superfluous without results.

Ajax: It may not have hit us until the last moments of their 3-3 draw against Bayern Munich how much we missed a good Ajax side in Champions League. That they are in the knockout stages of Europe for the first time since 2005 shows how far sporting director Marc Overmars and CEO Edwin van der Saar have come in modernizing the club, especially in re-evaluating their wage structure. Beyond that, Ajax are an important figure as they represent how a club can go from stalwarts to a legacy side, then back to the cutting edge all by how willing they are to embrace trends within the modern game, and in how legacy clubs can grow and develop without losing the storyline of their identity. Frenkie De Jong and his aggressive dribbling brought Ajax into the viral age, but that excitement is backed by the brain and depth of Daley Blind and Matthijs de Ligt. This is a distinct style of play, the substance of results, and the history of a unique club coalescing into a European run told through a modern setting.

Atletico Madrid: Antoine Griezmann’s Twitter announcement that he was going to return to Atleti should have marked a new era of style to the club. But Diego Simeone’s team went back to basics, to defending and grinding out matches, and back to giving up the least amount of goals in La Liga. There are new signings every summer that give the impression that Atleti are ready to tilt the balance towards attack, with Rodri and Thomas Lemar joining in the transfer window. But Simeone always reverts back to what he knows best, giving off the impression that he could get a clean sheet with any eleven players in the world. The dichotomy between Griezmann’s ambitions on and off the field and Simeone’s demanding style presents a larger question of how to present a unified story of the club to the world, and how a defensive side make the leap into the public’s imagination.

Borussia Dortmund: Through Jadon Sancho dribbling sequence, Marco Reus beating opponents one-on-one, and Paco Alcacer late-game goals, Dortmund’s uptempo style is designed for viral moments. Similar to Ajax, Dortmund are the underdog toppling top European sides with their own unique playing style defined by through perhaps the fastest counterattack in Europe this season. Most of all, they present a youthful contrast to Bayern’s struggles in turning over an aging roster and era. Which of the two sides currently best represents what the Bundesliga could be? Dortmund will inevitably lose Sancho and Christian Pulisic to larger clubs, but this is the importance of creating a foundation and building an identity to tap into built on pace, youth, pressing, and counter attacking. It’s a feeling that is just as much unexplainable as it is recognizable.

Manchester City: Manchester City are already a part of shaping the future of football on a global scale as the flagship team in the City Football Group. By owning parts of clubs on four different continents, their movement of players and managers between teams exhibited by the likes of Patrick Vieira and Aaron Mooy is its own vision of how top European clubs can establish direct relationships with supporters across the world. After all, you can have retweets, or you can deliver your brand straight to supporters every weekend in local matches. But coming off the most dominant performance in Premier League history in 2018, Manchester City seem to be searching for ways to turn that record-breaking season into something long-lasting and permanent. There was an Amazon Prime series, but surely there will be more to match the innovations seen on the field. With Pep Guardiola in charge, they will always reach a certain level of performance, style, and winning. The challenge is to turn that into generational fandom.

PSG: What other club could release collaborations with Jordan and Bape, featuring an album rollout by Travis Scott, all in the same year? With Neymar establishing a cross-sports bond with Michael Jordan, vice president of Jordan Brand design David Creech explained that “the premium nature of the PSG crest and the timelessness of the Jumpman...can play together, and it feels as one”. That type of crossover is the dream for any top European side attempting to break into international markets, but of course, not every club is located in Paris or has Neymar and Kylian Mbappe. PSG in their own way, are the most stable club on this list. Champions League success means the least to PSG out of the top European sides. Win or lose in Europe, as long as they continue to dominate Ligue 1 and have Neymar, Kylian Mbappe or one global superstar, they will be held in a different context because of the Paris background. Seemingly impervious to results, PSG have transcended a football club and are instead in a new conversation of redefining cool in today’s digital age.

Real Madrid: In a way, Real Madrid were the originators of international branding with their obsession of European dominance and focus on winning Champions League trophies. One could explain how Ronaldo was holding back the side from a tactical perspective, but this list is also about building an undefinable mystique and character unique to each club. Real Madrid will always be filled with the biggest names in world football, but there is always a lingering obsession with winning in Europe as to reinforce their own legacy. So even though Luka Modric won the Ballon d’Or, his accomplishments are a side conversation to winning another Champions League title. Real Madrid are defined by superstar players who win European trophies. That is why Ronaldo is such an influential figure symbolically, and why despite having generational talents in other positions, finding that perfect replacement who can handle both pressures is near impossible.

Juventus: In adding Ronaldo, 2018 was the summer that the power dynamic in Europe shifted to Juventus. If Real Madrid’s goal is to be the kings of the European game, then Juventus’ focus is to be the club of the world. A new logo and the Netflix documentary set the foundation, and now they must win the Champions League, the one title that’s eluded the side under Max Allegri. Their rebrand has been so successful that Adidas restructured and extended their contract with the club through 2027. If Atlanta United showed what a team could do from scratch, Juventus set a blueprint in how to take a historic club in a league with a reputation for aging players, into the cool and youth of the digital age. No team defines what the future of a European club looks like - especially off the field - than Juventus.