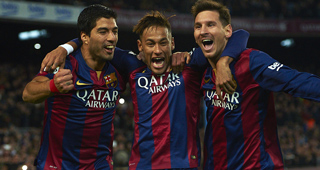 We have created a year-end team portfolio ranking. The exercise is to evaluate every club as if they were a portfolio of assets to determine which is most valuable.

Soccer has a fairly solidified yet ever-changing landscape, but this creation of a hierarchal ranking gives a look to how we would choose their collective situations at the end of 2015.

- Also see RealGM's Year-End Team Portfolio Rankings for the NBA, NFL and MLB. We also welcome a submission of your personal list in the comments section.

15. Valencia: For all the controversy surrounding the hire of Gary Neville as manager, Valencia are third in La Liga. Neville, a noted admirer of Mauricio Pochettino’s youth movement at Tottenham, made immediate changes as he named a lineup featuring six players under the age of 23 years old in his coaching debut. Led by playmaker Andre Gomes and striker Paco Alcacer, both just 22, the team’s young talent has been overshadowed by off field events this season. If Neville has his way, Valencia could once again reach the success of those sides in the early 2000s. - Yu Miyagawa

14. Manchester United: This club probably won’t be able to spend their way out of their current relative mediocrity but there is still a lot of talent in the aggregate. The academy hasn’t been a priority since the Glazers took control and that has been evident in the lack of homegrown options. For all the money spent by United, there should really be far more talent and their only true superstar, David De Gea, was kept due to a clerical error. Anthony Martial and Memphis Depay are young talents but far from proven as being good enough to anchor a club of these ambitions. - Christopher Reina

13. Napoli: In Gonzalo Higuain and Lorenzo Insigne, Napoli have the most dynamic attacking duo in Serie A. Much of the credit has been given to new manager Maurizio Sarri as the squad is largely the same from the one that underachieved last season. Make no mistake - Napoli are in win now mode with the core of their team in their late 20s (Marek Hamsik, Dries Mertens, Jose Callejon, among others). Who knows what this team will look like five years from now, but if they win their first Scudetto in 26 years, it won’t matter much. - YM

12. Tottenham Hotspur: Unlike their situation a few years ago with the superstar talent of Gareth Bale and Luka Modric, the core of this team beyond their main piece is excitingly young and deep. Harry Kane started slowly but has proved his 14-15 run wasn’t a fluke. Kane, Christian Eriksen, Dele Alli, Eric Dier and Erik Lamela are each 23 years old or younger. The interesting aspect for Spurs, beyond Kane, is the talent will be good enough to make them competitive without being too good to be poached by the bigger clubs. We may actually see this team coalesce and mature together to see what they’re capable of accomplishing. - CR

11. Inter Milan: Going into the Serie A winter break one year ago, Inter Milan were in 11th place, with Roberto Mancini hired to return the club back to its status as domestic and European powerhouse. The club currently sit top of the table heading into this year’s break. Mancini brought in veterans like Miranda and Felipe Melo to shore up the midfield and defense, but the side have also been lifted by Mauro Icardi, Adem Ljajic, and Alex Telles - all on this side of 20. Mancini’s style is in the eye of the observer, but the results and team identity speak for itself.  - YM

10. Atletico Madrid: The cult of Diego Simeone is so strong and ubiquitous that it is easy to discount the actual talent since the default is to perceive Atleti as perpetual La Liga underdogs to Barcelona and Real Madrid. Antoine Griezmann and Koke are good enough to play major roles for any club in the world and still haven’t turned 25. Diego Godin looks 39 but he’s only 29 and his game figures to age well. Gimenez, Saul and Yannick Carrasco represent the next wave of Atleti’s core and are already playing a critical role. - CR

9. Borussia Dortmund: The numbers are impressive, as Dortmund lead the Bundesliga in goals  with 47 in 17 matches while sitting second to Bayern Munich on the table. Even more encouraging is Pierre-Emerick Aubameyang (18 goals in 16 matches) recently pledging his future to the club. Alongside him in attack, Marco Reus, Shinji Kagawa and Henrikh Mkhitaryan are all 26 years old and entering the prime of their careers. Behind them is 20-year-old Julian Weigl, who may be the revelation of the Bundesliga season thus far. Dortmund built a cult following by marrying style with substance. Thomas Tuchel has added another dimension to Jurgen Klopp’s approach, and his steady guidance is the ideal foundation for their midfield talent to fulfill its vast potential. - YM

8. Chelsea: When a club implodes just months after winning the Premier League in dominant wire to wire fashion, it is difficult to make a fair assessment of the individual talent. Eden Hazard is a special talent but one with concerns in big matches and his overall contribution while Diego Costa is a wind-up artist with significant doubts on how well he’ll age as a player. Cesc Fabregas is the world’s oldest 28-year-old who is currently disliked by the three clubs he’s played for, while John Terry and Branislav Ivanovic have shown significant decline. Oscar is barely 24 and has already looked better with the freedom of playing outside of Jose Mourinho. Willian and Nemanja Matic are also immensely important players when in form and are still in their twenties. - CR

7. Juventus: In Paul Pogba and Paulo Dybala, Juventus have two foundational talents of any age, much less one with an artificial grouping as “22 years old or younger”. That alone accounts for their inclusion near the top of this list, with both players destined to carry their position today, tomorrow, and for the next decade. Gigi Buffon and Andrea Barzagli can’t play forever, but they will surely unearth their next generation through a combination of savvy dealings in the transfer market (see Stefano Sturaro this season) or their youth academy. Their calling card is stability and player development. A year from now, Juventus may leap into the top 3. - YM

6. Arsenal: The stability of Arsene Wenger’s club during the post-Invincibles era has been dull at times but should be treated with more reverence. The infrastructure of talent he built with the likes of Aaron Ramsey, Olivier Giroud, Laurent Koscileny and Per Mertesacker most often leaves you feeling underwhelmed but it has at least resulted in a top-4 finish every season. More importantly, that core finally has two in-form superstars in Mesut Ozil and Alexis Sanchez. They’re still a striker or defensive midfielder of that station away from either advancing far into the Champions League or perennially contending for the Premier League title on an annual basis, but there’s value in that immovability. - CR

5. Manchester City: With rumors naming Manchester City as his next destination, Pep Guardiola’s managerial reign usually begins with an overhaul for a club. But examine closer and how much is there to change about the side? While they have underachieved in the Premier League this season, the spine of Vincent Kompany, David Silva, Yaya Toure and Sergio Aguero rate as the best at their position. With the Barcelona duo of Txiki Begiristain and Ferran Soriano in place, the youth academy with inevitably begin producing for the senior side. Yet regardless of who the next manager is, the challenge will be about developing the potential of Eliaquim Mangala, Kevin De Bruyne and Raheem Sterling, as much as a squad overhaul. - YM

4. Paris Saint-Germain: Zlatan Ibrahimovic remains one of the world’s best players but both his time at PSG and his career in general appear to be winding down. This club has built a ton of high quality depth around Zlatan with Angel di Maria in particular likely to be the foundational piece in the long-term. After a difficult season on and off the pitch with Manchester United, Di Maria has regained the form that made him such a critical piece with Real Madrid. Edinson Cavani has always been better in theory than the consistent goal scorer his clubs have wanted him to be, but he’s made the most of playing wide in deference to Zlatan. Also second fiddle to Luis Suarez with Uruguay, perhaps Cavani finally reaches his potential when Zlatan leaves. The future of Marco Verratti remains uncertain but he’s the type of midfielder the clubs listed first, second and third would love to buy. - CR

3. Real Madrid: No team in the world toes the line between crises and glory week to week, yet Real Madrid remain only one point off the top. This despite the familiar controversies exposed in their loss to Barcelona early this season. Gareth Bale, Isco, Raphael Varane, Casemiro, Toni Kroos and James Rodriguez have underachieved for a variety of reasons in their Real Madrid careers, but they still remain the foundation of the next decade from Real Madrid, regardless of who is managing. With Ronaldo slowing down, this is a transition year for the club’s identity. The key is to quietly introduce the next generation (especially Bale and Isco, if they are to stay) as to not alienate the current structure built by the likes of Ronaldo, Sergio Ramos, Karim Benzema and Luka Modric. - YM

2. Bayern Munich: With Guardiola buying and developing the talent over the past two and a half seasons, there has been no deeper club in the world. Thomas Muller and Robert Lewandowski are two of the best goal scorers on the planet while Douglas Costa has become the world’s best emerging talent this season. If not for the historical tridente of Barcelona, Muller, Lewandowski and Costa would be wearing the belt of world’s best attacking trio, and the three are still just 26, 27 and 25 respectively. Bayern also has the world’s best keeper in Manuel Neuer to go along with the likes of fellow twentysomethings Arturo Vidal, David Alaba, Jerome Boateng, Thiago Alcantara and Mario Gotze. Carlo Ancelotti is inheriting one hell of a roster. - CR

1. Barcelona: The front three of Messi, Suarez, and Neymar merit their top standing at this list. But while Barcelona have a roster filled with world class talent, there are questions that must be answered. The youth academy’s lack of attacking talent is an oft discussed topic, and you could add defenders to that criticism as well. Munir and Sandro look far from the quality expected at the striker position, although Sergi Roberto has improved significantly since the start of the season in midfield. But that’s for another time. At 23 years old, Neymar has already shown he can carry Barcelona in Messi’s absence. Of course, the future of Barcelona is more than Neymar - it includes Rafinha, Marc-Andre ter Stegen, Marc Bartra, Sergi Samper and the aforementioned Munir, Sandro, and Roberto filling their predecessors’ roles. It’s certainly a challenge, but Barcelona have the vision and resources to create seemingly once in a generation sides every few years, while both embracing and advancing their core values. - YM

- Also see RealGM's Year-End Team Portfolio Rankings for the NBA, NFL and MLB. We also welcome a submission of your personal list in the comments section. 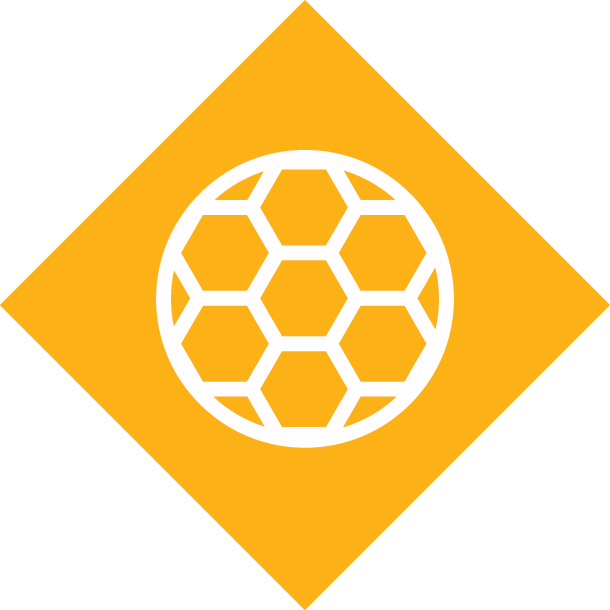