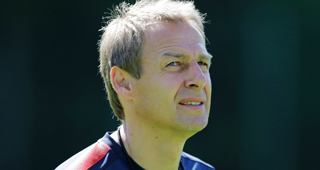 "In late November, we followed the request of the club leadership with a highly competent team and helped out during a difficult time. Within a relatively short period of time we set out on a good path. Also because of the support of many people we put six points between us and the relegation playoff place despite mostly difficult games. I am more than convinced that Hertha will reach its goal to stay up. But for this job, which is not done yet, as the head coach I need the trust of the acting persons. Especially in a relegation battle unity, team spirit and focus on the basics are the most important elements. If they are not guaranteed, I can't live up to my potential as a head coach and fulfill my responsibility," Klinsmann explained on Facebook.

Klinsmann was reportedly disappointed with the club's response over a coaching license issue over the winter.

The club were said to be surprised by Klinsmann's decision.

Assistant manager Alexander Nouri will take over on an interim basis.