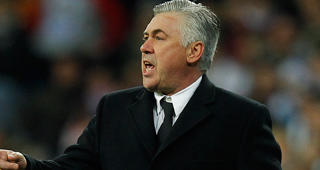 Carlo Ancelotti has been sacked by Napoli following their 4-0 win over Genk in the Champions League.

“Napoli has decided to revoke the role of technical manager of the first team from Mr. Carlo Ancelotti. The relations of friendship, esteem and mutual respect between the company, its president Aurelio De Laurentiis and Carlo Ancelotti remain intact," released the club in a statement on Twitter.

Gennaro Gattuso is favored to take over at Napoli.