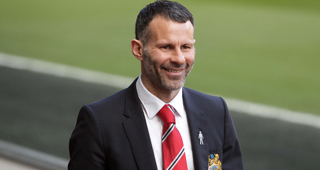 Guidolin's position at Swansea has come under scrutiny after an indifferent start to the new Premier League season.

Swansea has won just one of their opening five Premier League matches and have been knocked out of the EFL Cup.

Guidolin took over at Swansea from Garry Monk in January on an interim basis and guided the club to safety before being handed the job permanently in the summer.

Giggs is currently out of work after ending his long association with United earlier this summer following the arrival of Jose Mourinho as manager.

After finishing his playing career, Giggs served as assistant to David Moyes and then Louis van Gaal at United in the last three years, but he saw his No.2 role taken up by Rui Faria after Mourinho's appointment.