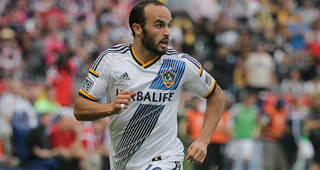 Landon Donovan could become the next manager of the San Jose Earthquakes.

The Quakes parted ways with Matias Almeyda back in April, and since then have been managed on an interim basis by Alex Covelo.

Donovan, 40, is in his third season managing the San Diego Loyal in the second-tier USL Championship, with the team positioned in third place in the 14-team Western Conference with 34 points from 19 matches played. In addition to his managerial duties, Donovan is also the co-owner and executive VP of soccer operations.

If Donovan were to get the San Jose job, it would mark a return to the organization where he spent four seasons and led the team to the 2001 and 2003 MLS Cups.