Burnley Finding Value And Stability As The Underdog 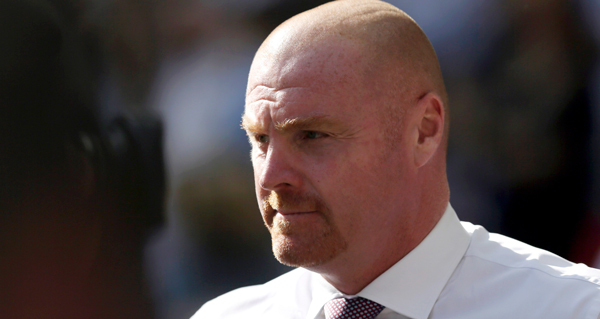 “I want us to be the UK’s favorite underdog,” declared new Burnley chairman Alan Pace, whose ALK Capital purchased 84% of the club at the end of last year for around $283 million. Pace quickly showcased his Wall Street-honed storytelling ability in creating a short, digestible narrative within the competitive global soccer market. Contrasting the language of disruption of the Red Bull soccer empire, Pace messaged Burnley as a voice for the overlooked while remaining firmly within the hierarchical system of the Premier League that gives the club its contextual value. And if being a global brand like Manchester United or Liverpool is out of one’s scope and resources, there is power in what a club is not.

“We’re not big, we’re not sexy, but it’s not hard for somebody to say, look, I don’t know who you are but I can support you when you play my arch-enemy team,” said Pace, adding further texture to Burnley’s new story.

Does messaging equal trophies at the end of a season? That answer is an obvious no. But does a compelling story create an opportunity for current and future supporters to invest in, thereby raising a club’s value? That seems attainable, and more at one’s control.

Besides, what was the risk? It was later revealed that Pace used a loan from the club itself to partially pay its outgoing shareholders. That imagery brings up the famous scene from The Wolf of Wall Street, about how numbers get pushed around without the creation of value or becoming reality. But narrative is also an abstract concept that shapes our perception of value, making the modern footballing world about layering abstractions to create a compelling, engaging brand.

Not to say that we should automatically be cynical and dismiss ALK Capital’s soccer competence. The takeover, with its American flair spanning across sports leagues with former Knicks and Jazz president Dave Checketts joining the club’s board of directors, may present a negative picture considering past examples. But the Pace-Checketts duo earned their soccer authenticity with previous success at Real Salt Lake. The comparisons between RSL and Burnley are instructive: they are both clubs outside of the major spotlight, built on sustainability as opposed to stardom. Up until their most recent controversy, RSL was perceived to be a model MLS club.

Plus, the Uniteds and Liverpools were already bought in the first wave of outside investment last decade. Burnleys are plentiful and pragmatic.

There is an on-field product amid all of the investing philosophies. Manager Sean Dyche lead Burnley’s stingy defensefrom a 4-4-2 formation when we last discussed them in 2018. Three years later, Dyche’s side are still defined by a defensive 4-4-2, which is the point: stability has value. Burnley have finished seventh, 15th, and tenth in the last three seasons. Their range is somewhere between pushing for a Europa League spot and safely above relegation. Caught in that middle treadmill, maybe Burnley were right to embrace a financial takeover?

In his ninth season with the club, ALK Capital also bought Dyche’s talent, experience, and understanding at Burnley. The investment is as much in Dyche as the club itself, recontextualizing his responsibility into something of a stock manager increasing stakeholder value.

Yet growth comes with its own challenges. We see managers drown in the expectations of summer transfer windows every season. Dyche is in the group that gets the most out of a limited squad through structure, defending, counters, and set pieces. And even if we believe Dyche to be as talented as we think he is, the newfound strength in the market will be a welcome evolution for a manager ready to spread their style into something more expansive. But it will require a change from the past, and even the best managers struggle for years with the shift in mentality.

“There might be a little bit more money around,” underplayed Dyche in regards to the transfer window.

As we’ve covered in the past, matches are only a small part of creating a modern soccer brand. Pace expressed his desire to build a “platform of sports media and entertainment that draws in a tremendous amount of desire to be connected to a club,” but “not necessarily at that level of what you’re talking about for a Man United or a Chelsea.” He is also realistic about the social media world, discussing how supporters under 25 years old would rather consume matches in short highlight clips than watch an entire game.

So let United and Chelsea compete for every small percentage point of supporters across the globe, he seems to be saying; Burnley’s focus is on getting the most return in going from 0-80. They can do just enough to engage supporters on social media with highlights and conversations without the 24/7 burnout culture. Burnley’s ambitions may not be to become a lifestyle brand, but a modern, social brand that’s always there and checks off the baseline boxes.

Should Burnley supporters care that their club is perceived as the ultimate value stock? But if Dyche is backed in the transfer market and builds the most talented squad in club history over this summer (which is not out of the question), they compete for a Europa League place next season, and have a social media presence that engages current and future supporters, doesn’t everyone win?

Mick Garlick originally joined Burnley’s board in 2006, with the club in the Championship, before becoming sole chairman in 2015. He oversaw the club yoyoing between the first and second division, before finally finding stability in the Premier League since 2015.

He described the sale as a “natural progression” to his own tenure as there is only so far a club can go after exhausting local resources. A team can overachieve on the table year-to-year, as Burnley have done, but there eventually comes a restlessness with the ambitions of players and managers. There must be some comparative envy should rivals in similar financial settings take on outside funding to upgrade their squad. Garlick more than proved his competency in running a club, but savvy is not enough to compete in today’s game.

Even if a club reaches sustainability, there are unpredictable outside threats. Clubs lost billions of dollars during the pandemic so far, without accounting for further long-term effects. The potential formation of the European Super League changes the equation as being an “underdog” is relative to sharing the same space as United, Liverpool, and Chelsea. With so many risks and competitors, it makes you wonder why any one individual would want the responsibility of competing against global investment groups. Burnley’s sale is an acknowledgement that a club can only grow so far through traditional methods, and how clubs are at the mercy of the outside world no matter how well or gracefully planned.