Serie A In The Time Of Coronavirus 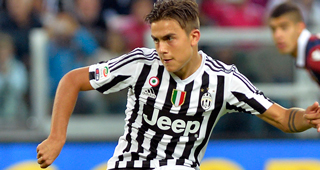 Can a goal still be genius if no one is there to see it? Paulo Dybala took out Ashley Young with his first touch, then cut inside to draw Inter Milan’s backline out of position. He played a pass to Aaron Ramsay, who immediately passed it back into the space Dybala created. The Argentine cruelly cut past Young again, and curled a shot with the outside of his left foot past Samir Handonovic. He rushed towards his teammates, his exuberance echoing within an empty Allianz Stadium. Juventus’ 2-0 win over Inter capped off the final match before Serie A decided to suspend play until April 3rd as a response to the coronavirus.

Overshadowed by the sparse setting was the actual importance of the match, with Juventus’ three points taking them back on top of the table (the match technically should have been played a week earlier, but was postponed). Had the league been suspended the previous week, it would have been Lazio in the lead, and potentially crowned the title winners. It has been 20 years since Simone Inzaghi’s side won Serie A. We wondered if this would be the team to break Juventus’ streak of eight straight domestic titles.

“I see a similar atmosphere, I see lads who care for each other and a coach that has to make dozens of difficult decisions every day that are accepted,” compared Inzaghi about his side and Sven Goran-Eriksson’s title winning team from the 1999 season.

So Juventus or Lazio? It feels insignificant to discuss tactics considering the circumstances. Juventus’ struggles in adapting to Sarri-ball or Inzaghi’s 3-5-2 formation inspiring Lazio to the second-highest goals in the league have appropriately taken a background role to taming a now-worldwide pandemic. One wonders when it would be appropriate to return to on-field matters or transfer rumors. It would also be a signal of some sort of normalcy when those trivial matters once again take on an outsized importance in our conversations.

What does a domestic season mean when it’s suspended, shortened, or potentially canceled altogether? There are the immediate financial matters of European places, then more long-term ramifications of relegation potentially determining the existence of clubs. There are three proposals for how Serie A season will play out: vacate the title for this season, end the season as it currently is with Juventus as champions and Lecce, SPAL, and Brescia relegated, or have a playoff for the title and relegation.

“Football must adapt to the needs and difficulties of the country,” reminded Lega Pro president Francesco Ghirelli to impatient supporters.

It took some time, too much depending on whom you ask, to get to this moment of suspending matchplay. The Players’ Association reportedly wanted the league to be suspended earlier instead of playing matches behind closed doors. League officials were more inclined to wait out an official response from the government. Inter Milan owner Steven Zhang called Serie A president Paolo Dal Pino a “clown” for playing matches in front of supporters. Though Serie A lead the way by suspending play, with sports throughout the world following suit. In advocating a level head, Cagliari president Tommaso Giulini wrote on Twitter, “Italy needs calm and serious, not populist proclamations.”

The idea of a quarantine in Serie A takes an added nuance in light of last summer’s Diego Maradona documentary about the former Napoli legend, with scenes of Napoli supporters getting mocked by opposing fans for their supposed lack of hygiene. Valencia threatened to not allow Atalanta supporters into their stadium for a second leg of their Champions League match. Daniele Rugani and Manolo Gabbiadini tested positive for the virus. Europa League matches between Getafe and Inter, and Sevilla and Roma were postponed. La Liga also postponed their season for two weeks, with Real Madrid players under quarantine.

Most cynically, the tribal nature of supporters could have used the virus as a means of taunting opposition, dividing groups into the clean and unclean as we saw in the documentary. Though the severity of the virus disrupting the day-to-day life worldwide gave no room for supporters to turn against each other. Perhaps reminded of a human-ness, supporters will band together in some manner once the stadiums re-open.

That soccer, and sport, would take a frontline role in how the world fights off the virus shows its very strength, in the communal experience. Ironically, the lack of audience may remind us of how important a live audience is in shaping a match. There is an unspoken, under the surface layer throughout the 90 minutes, a flow of energy and momentum influenced by the players, the referee, managers, and the crowd. You can sense the imbalance when one of those factors is missing. Not to say that a crowd ever scored a goal or will be credited with a win, but there is something invisible to the scoresheet that you can feel.

There’s always a hanging existential question of the supporters’ role within the shifting nature of players building their own brands in the social media age, where teams appear to be a phase within a player’s monetized narrative as opposed to developing a fundamental connection. But the silence and emptiness could also reset, or remind us of the relationship between players, teams, and its supporters. The players provide the goals and the three points; the supporters add the context and meaning that turns players into stories that live on for years.

At the recent Financial Times Business of Football Summit, Juventus president Andrea Agnelli wondered out loud if Atalanta should have qualified directly into the Champions League at the expense of a historical Serie A power like Roma.

“Without international history and with a great sporting performance, they qualified directly to the biggest European club competition. Is that right or not? [Roma] have contributed to maintaining Italy’s ranking in recent years. They have one bad season and have missed out, impacting them on an economic level,” explained Agnelli.

Atalanta playmaker Papu Gomez responded to Agnelli’s comments on Instagram, writing that “Italian football will never grow” with the chairman’s mentality of only focusing on its traditional powers. The controversy spoke to a simpler time, back when the most impactful topics were the supposed European Super League and the role of smaller clubs within the global branding world. Serie A itself made narrative progress in its attempt to brand as a renewed league filled with young, up-and-coming talent.

Maybe soon, we’ll be able to return to that lens. And years later, we’ll look back at the response to the coronavirus as a case study in how to properly handle a pandemic, and that this Serie A season was just an unusual blip on the timeline no matter its outcome.

Playing behind closed doors in the second leg of their Champions League tie against Valencia, Josep Ilicic scored four goals in an empty stadium against Valencia, to win 8-4 on aggregate. The dominance was capped off by a quick passing sequence featuring Remo Freuler and Duvan Zapata, ending in a light applause in the empty stadium. Atalanta players held up a t-shirt celebrating the strength of Bergamo after the match, in the sparseness. It was an affirmation that for a moment, with the virus shutting down leagues across the world, player and supporter were one.