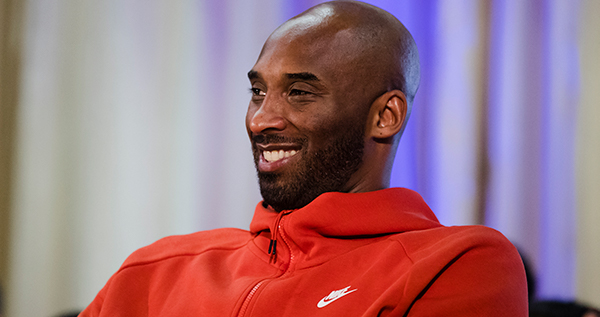 “When I first started playing soccer, they just stuck me in the goal because I had these really long arms and long legs,” recalled Kobe Bryant about his dreams of becoming the next Pele while growing up in Italy. Bryant’s childhood ambition adds another twist to the question of how good America would be at soccer if their best athletes played the sport, though at 6-foot-6, he probably would have remained in net. Bryant admitted that his basketball ability eventually outpaced his love of soccer, forcing him to leave his aspiration behind. Yet he never forgot his soccer roots even as he became a generation-defining athlete in his new sport. And as evidenced by the tributes following his passing, the soccer world also never forgot about Bryant.

For someone who had never played soccer professionally, Bryant had an outsized influence and an honorary membership within the game’s elites. Lionel Messi and Cristiano Ronaldo each sent their condolences, breaking up their carefully curated, soccer-focused timelines. The tributes from the European game continued to pour in. Real Madrid held a moment of silence before a training session, with Sergio Ramos wearing Bryant’s jersey. Neymar flashed Bryant’s No. 24 to the camera after scoring a goal. Neymar noted after the game that Bryant’s passing was sad for the sporting world, not “just for basketball fans.”

Who else could have made this sort of impact in a sport they never played?

“Back in LA I have a Milan scarf and shirt hanging up in my locker, and I see them every day,” said Bryant, in Italian, during a tour of the club’s facilities years ago. Bryant began supporting the club during his childhood, seeing first-hand Milan’s team from 1988-90 epitomized by the collective intelligence of Arrigo Sacchi’s 4-4-2 formation. Bryant described watching the likes of Ruud Gullit, Marco Van Basten, and Paolo Maldini as “a dream.” They won back-to-back European Cups, and remain a vaunted European team.

“You can’t achieve anything on your own, and if you do, it doesn’t last long. I often quote what Michelangelo said: ‘The spirit guides the hand,’” said Sacchi of building that era.

Milan paid their own tribute with a moment of silence, a sentiment expressed throughout Italy. There was a sense that Bryant was as much theirs as any place. Italian basketball president Giovanni Petrucci emphasized Bryant’s “Italian qualities,” including his use of slang. The mayor of Reggio Emilia, a city Bryant considered home, noted the mutual tradeoff between place and person in saying that “his love for basketball entered inside us and a bit of Reggio Emilia had entered inside him forever.”

There was also a pragmatic element in how Bryant translated soccer to basketball. It came down to movement within a numbered structure. Whereas basketball players see the game in twos, whether in pick-and-rolls or give-and-goes, his soccer background enabled him to “see the game in combinations of threes, sometimes fours - and how you play within triangles.” That thinking was especially vital in recognizing backdoor cuts after the ball was switched from one side to the other.

“They taught me at an early age how to play in triangles and how to utilize space, which wound up helping me tremendously in basketball as well,” Bryant added.

One could assume Bryant’s soccer equivalent to be a lone striker, scoring goals of every type like Ronaldo. But his appreciation for movement and space also places him as a free-ranging midfielder, popping up all over the field to shift the ball from side-to-side, teammate to teammate. Our narrative of Bryant’s nature lets us envision him having success in soccer, even if we have no supporting evidence. But most all of, his story is of how the will of the mind can transcend the constraints of any field.

“Kobe, look, I’m going to introduce you to the guy who is going to be the greatest player of all time,” Ronaldinho once told an incredulous Bryant during a Barcelona preseason tour in 2004. That player in question was a then-17-year-old Messi.

Byrant developed a close relationship with Barcelona, wearing the jersey on the cover of ESPN magazine in 2009. He swapped team jerseys with Andres Iniesta. He and Messi starred in a commercial in which they attempted to one-up the other. Like Milan and the rest of the soccer world, they treated Bryant’s passing like he was one of their own. There was a statement from the club’s official website. They paid video tribute with Bryant’s on-court play cut alongside behind-the-scenes moments with Barcelona players. Theirs was “a story of mutual appreciation.”

You could see how Barcelona’s tiki-taka style appealed to Bryant’s overarching sporting vision. Barcelona were created from a top-down philosophy, with their 4-3-3 structure inherently built upon triangles and movement. It is a game of skill, tempo, and trickery, all adding up to an intuitive symphony. Bryant and Barcelona-born Pau Gasol communicated on the court through small glances and an unspoken, invisible language. There is a precedent in what Bryant was accomplishing through his personal mentorship with up-and-coming players in Johan Cruyff’s relationship with Barcelona. We saw Bryant as protector of what the game could be when played the right way.

There are further links between the two sports. Steve Kerr said earlier this season that young American basketball players should be forced to play soccer in order to learn how to move within triangles. Steve Nash credited soccer with his ability to find angles and dribble in “S-curves” on the hardwood. There is also a feeling that each sport has something that the other cannot inherently provide. Even the greatest soccer players only average a couple minutes with the ball during a match, with the vast majority of time spent searching for space. Trae Young, for example, has the ball for around nine minutes per game, at over six seconds per touch, thus invoking the importance of the individual. Then again, the wide space of a soccer field provides the potential for infinite combinations and possibilities of teamwork.

Bryant, Kerr, and Nash show how epiphanies don’t necessarily occur by digging deeper into a topic, but in looking at the same world through a different lens and applying lessons learned from mastering one field to another. The two sports are connected by the dialogue of space and time, through the constraints of a player’s relationship to a ball, their teammates within a rectangle. In intuitively mastering these boundaries and structures, a player, and a team can find transcendence. And somewhere between the everyday and the elevation was Kobe Bryant.