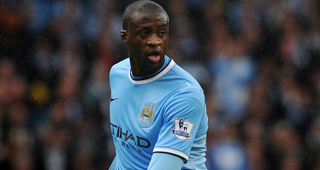 Group C features the most open, exciting attacking play in the group stages - and Greece. The opening match between the Ivory and Japan will set the tone for the group, showcasing Ivory Coast’s powerful midfield lead by Yaya Touré against Japan’s high pressing. Even without Falcao, Colombia’s width and speed will create goals. And Greece can spoil the fun.

The Success of Each Team Will Be Defined By:

Colombia: The pace of their wingers creating problems behind back lines

Greece: Dealing with the group’s speed out wide, and clinically taking their chances

Japan: Finishing chances created by pressing in their opponent’s third

The story of Group C has been focused around the one player who won’t be there – although Colombia, without Falcao, still has one of the most dynamic attacks in the World Cup. The problem (this is a good problem for viewers) is that Japan and Ivory Coast can match Colombia’s attack stride for stride, and Falcao’s goals may be the difference between getting the first seed and not making it out of the group. Especially against Greece.

Jackson Martinez, he of 46 goals in 60 appearances at Porto last season, or Carlos Bacca, with 21 goals for Sevilla in 2014, replace Falcao as the number 9. Providing him with service is a midfield trio of Teófilo Gutiérrez, James Rodriguez, and Juan Cuadrado. And providing attacking width are wingbacks Camilo Zúñiga and Pablo Armero. In short, José Pékerman’s Colombia are loaded with speed, width, and goals – a great combination for any tournament.

The other part of the equation that makes Colombia a neutral’s delight is their weakness in defending, which isn’t helped by Zúñiga and Armero’s attacking instincts. Pékerman uses two of Edwin Valencia, Aldo Ramirez and Abel Aguilar to fill in spaces in the midfield and protect Mario Yepes and Cristian Zapata at center back. While this approach is sound in theory, perhaps there’s no back four combination in the world mobile enough to cover the pace of their attacking line.

The side scored 27 goals in 16 games in World Cup qualifying, finishing second to Argentina. Still, it’s a shame Falcao won’t be playing. At age 28, this was supposed to have been his introduction into the soccer world’s conscious. Colombia are likely to get out of the group regardless. With Falcao, they were genuine contenders to win the World Cup. And if that backline can hold on just long enough, they still might.

So the defining player of Group C falls to Yaya Touré. If this World Cup was to be Falcao’s introduction to the world, it will be Yaya’s coronation. Messi and Ronaldo are the two best players in the world but Yaya is the most dominant. With Yaya and striker Didier Drogba, the Ivory Coast has a combination of world class power and skill that wins tournaments - on paper. Hence the problem.

The biggest key is for the Ivory Coast to gel as a side and rid their recent history of underperforming. Finishing third in 2010 behind Brazil and Portugal was disappointing, but Drogba was playing with a broken arm. Here, the side will play off Yaya’s engine, and the roles are clear. Still effective at 36, Drogba’s role will be to occupy opposition center backs to give Yaya space to make late runs. Gervinho will provide his dribbling, Salomon Kalou his pace, and Wilfried Bony a Drogba-esque role with his power, hold up play, and scoring.

Check Tioté will hold, freeing Yaya’s forward runs that unbalance the opposition. And what Kolo Touré and Didier Zokora lack in pace, they make up in experience. Rounding out the back four is perennial Arsenal target Serge Aurier. Ivory Coast has the balance, power, and goals to physically overrun sides in Brazil. If they can figure themselves out.

The match that showed the heights Japan could reach was actually a 4-3 loss against Italy in last year’s Confederation’s Cup. It showed the squad at their attacking and pressing peak, with midfielders Shinji Kagawa and Keisuke Honda, along with fullbacks Atsuto Uchida and Yuto Nagatomo creating and pressuring in Italy’s final third. The side lead 2-0 through Kagawa and Honda, but symbolic of the side’s (and Colombia’s) Achilles heel, gave up 3 unanswered. Striker Shinji Okazaki got one back, as he will be expected to do in Brazil, before Giovinco scored the game winner late for Italy. All this potential foreshadowing in one match.

Japan’s attacking midfield duo of Honda and Kagawa are reminiscent of Croatia’s Modric and Rakitic. They can destroy defenses with movement and pace if given the freedom, as they showed against Italy. It’ll be up to defensive midfielders Yasuhito Endo and Makoto Hasebe to provide stability for Honda and Kagawa, and fullbacks Uchida and Nagatomo, to press and attack instinctually.

With that pressing combined with width and quick playmakers in midfield, Japan has the makings of a modern team. But most of all, the side do not want to have a repeat of the match against Italy. Relentless pressing and attacking wins hearts and minds, yes, and Japan do this as well as any team in the tournament – but pragmatic defending wins tournaments. Just ask Greece.

Greece’s footballing ethos was set in stone after winning the 2004 Euros. It gave them a blueprint for international success – a defense that never breaks and merciless set pieces. It’s not art, but it pays the bills; and at it’s highest, it wins tournaments.

The attacking sides of Group C play into Greece’s hands. They are most comfortable playing without the ball, which they are likely not to have for much of the group stages. And while the other sides each have their own questions regarding their center back pairing, Greece only gave up 4 goals in 10 matches of qualification. They won 5 straight matches 1-0. Colombia, Japan, and Ivory Coast attack in waves; Greece do the same in defending.

But focusing only on that does the side a disservice – their biggest quality is their teamwork and sacrifice. The ageless Giorgos Karagounis, who made his international debut in 1999 and has 134 caps, leads the methodical attack with Georgios Samaras as the target up front. Samaras and Kostas Mitroglou will be expected to relieve pressure off the defense, and score the one goal Greece need to win. This is an attack that knows when to pick their moments.

Even in modern times, Greek myths continue to write themselves.

Colombia has the fastest attack in the World Cup. Japan presses the hardest. Ivory Coast is sledgehammer lead by Drogba, Bony, and Yaya, and Greece’s attack is built on sticking and moving. Colombia uses width the most effectively. Japan’s fullbacks are tireless. Ivory Coast can overpower sides in the middle. Greece may have the best defense in the tournament. Any one of these four teams could make deep runs in the tournament, each in their unique way.

This is Yaya Toure’s World Cup. But damn if we don’t miss Falcao.