Group A: A Group Of Styles 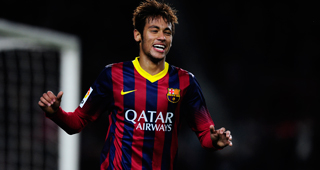 Group A: A Group of Styles

At first glance, Group A appears to be Brazil and everyone else. But Croatia, Cameroon and Mexico represent a diverse range of styles. The opening match between Brazil and Croatia will set the tone, but the final match between Croatia and Mexico will likely decide who comes out of the group.

The success of each team will be defined by…

Brazil: Not be burdened by immense expectations

Mexico: How effectively they hold possession in midfield

It’s fitting that no team represents the transitional nature of the 2014 World Cup more than Brazil. Neymar, playing in his first World Cup at age 22, is the star of the side. The attacking four that started the Confederations Cup final against Spain last year averaged 25 years old. Outside of Fred’s cameo in 2006, Hulk, Oscar, Neymar, Jo, Bernard and Willian have never played in a World Cup.

But Brazil do have experience on the backline anchored by Thiago Silva, Dante, David Luiz, Marcelo and Dani Alves. Outside of the Mexican team, Alves and Marcelo are the most attack minded pair of fullbacks in the tournament, which brings up another strength: the diversity of Brazil’s holding midfielders. Some embarrassingly rich combination of Paulinho, Ramires, Hernanes, Luiz Gustavo, and Fernandinho (even David Luiz) will let Alves and Marcelo attack without hesitation.

Brazil’s comprehensive victory over Spain last summer was a turning point for the team. Tactically, it gave Brazil a blueprint for international success, using an athletic midfield to press opposition, Neymar, Hulk and Bernard for quick transitions, and Fred to poach goals. Individually, Neymar showed he could lead an attack, and symbolically carry an international side. This time, it counts.

But Croatia's Luka Modrić is arguably the best and most on form player in the group, and in controlling the tempo of the attack, plays its most important role. Thus highlights Croatia’s biggest weapon, if they get it right.

Modrić and Ivan Rakitic make up the most creative, dynamic midfield partnership in the group – and that doesn’t even include Mateo Kovacic. The side’s biggest question is providing a physical balance to let Modric and Rakitic be reckless in attack and not be caught out by a Brazilian or Cameroon counter. After all, the duo can win any match, if given the freedom. And that’s how a player like Ongjen Vukojević ends up playing one of the most crucial roles in the tournament.

Up front, Mario Mandzukic is a striker built for the 2014 World Cup – physical, tireless, and with goals in hand. But he’ll miss the first game through suspension, with Eduardo taking his place. Eduardo’s best role is that of super sub, throw on in the 70th minute, down a goal, to poach one back. Regardless, with Mandzukic, Modrić, Rakitic, and center backs Dejan Lovren, Vedran Corluka, Croatia’s spine makes it a dark horse pick to go deep into the tournament.

The side’s weakness is on the wings. But if Croatia can balance the midfield, it may not matter until later in the tournament. This is outline of a modern team.

Mexico is an outlier in the group, and it begins with manager Miguel Herrara’s 5-3-2 formation (the rest of the group plays some form of a 4-3-3/4-2-3-1). And similar to the appointment of Herrara from América, Mexico chose domestic harmony in naming their World Cup side.

Tactically, Mexico stand out in two ways. First, their wingbacks Andres Guardado, Paul Aguilar and Miguel Layun will be neck and neck with Alves and Marcelo in creating the most attacking from their position, a by product of the formation with three center backs. Secondly, Mexico relies on possession more than the other three teams in Group A. And possession could become a key factor for conserving energy in the Brazilian heat, particularly late in matches.

Midfielder Luis Montes’ freak leg break adds to a list of attackers who won’t play in Brazil. He’ll be replaced by Javier Aquino, and Mexico’s midfield three of Aquino, Hector Herrara, and Carlos Pena look to be the most balanced of the group in terms of destroying and creating. They’ll sit in front of the ageless Rafa Marquez, who’ll rely on his two center backs for the heavy running while he clears mistakes.

Chicharito is Mexico’s most famous player, but his breakout season with Manchester United came two seasons ago, and he hasn’t scored for Mexico since October 2013. He’ll likely start on the bench for Oribe Peralta, making him the most threatening super sub in Brazil. On the other hand, Giovanni Dos Santos seems on the verge of living up to the immense hype whenever he plays for the national side, and he’ll be in charge of the final pass. Keeper Guillermo Ochoa is more well known due to his time at Ajaccio, but José de Jesús Corona is the likely starter.

But the star of this side is Herrara. His system could be unique enough to foil the other three sides.

Similar to Mexico, Cameroon responded to their underachieving squad by hiring a new coach in German Volker Finke. Finke hire was met with Cameroon great Roger Milla calling him incompetent, but it ended with a place in the World Cup.

Cameroon’s style fits well in Group A. Cameroon’s midfield trio of Alex Song, Stephane Mbia and Jean Makoun is the most physically imposing of the group. While they will struggle to create chances, the trio’s pressing will make it difficult for the Oscar, Modric and Rakitic, and Dos Santos to break down. Behind them is an experienced backline, with some pairing of Nicolas N’Koulou, Aurelien Chedjou, and Joel Matip at center back. The side only gave up four goals in seven matches in qualification.

Samuel Eto’o is Cameroon’s most famous player, but their most important attacker is 22 year old Vincent Aboubakar. While Eto’o will wait for chances to fall around the box, it’ll be up to Aboubakar to create them with his speed. And thus the key for Cameroon to get out of the group: one of Mbia, Song, or Makoun wins the ball and plays it quick to Aboubakar on the wing, who crosses to Eto’o alone in front of goal.

Brazil, Mexico and Cameroon have front lines lead by poachers, whereas Croatia is lead by the battery ram Mandzukic. Croatia’s midfield is the most creative, Cameroon’s the best at pressing. Mexico’s midfield relies most on possession, and Brazil has a little bit of everything depending on who plays. Brazil, Croatia, and Cameroon are built on similar foundations of tempo and press, Mexico’s passing style is the x-factor of the group, and perhaps most adept in the heat and humidity of Brazilian afternoons.

With all that said, Brazil must win this World Cup.