Juventus Sack Maurizio Sarri As Manager After One Season 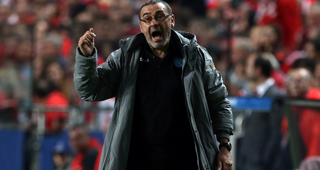 "Juventus Football Club announces that Maurizio Sarri has been relieved of his post as coach of the First Team.

"The club would like to thank the coach for having written a new page in Juventus' history with the victory of the ninth-consecutive championship, the culmination of a personal journey that led him to climb all the divisions of Italian football," released the club in a statement.

Sarri won 34 out of 51 competitive matches with Juventus.

The team's 83-point tally was the lowest of their nine-year title run.

They also lost the Italian Supercup and Coppa Italia final this season.