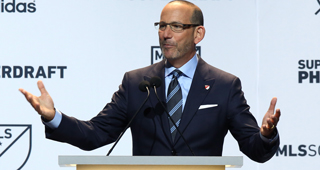 MLS is altering its plans for a proposed return-to-play tournament in Orlando to shorten its time frame.

MLS has been shut down since March 12th and had its teams begin voluntary individual workouts earlier this month.

The teams would then take part in a group stage comprised of five matches, followed by a knockout stage. The group-stage games would count in the regular-season standings.

If the new proposal is implemented, it would allow players to spend considerably more time in their home markets. The league's previous plan required teams to head to Orlando in early June, and practice for three to four weeks in a bid to return to game fitness.