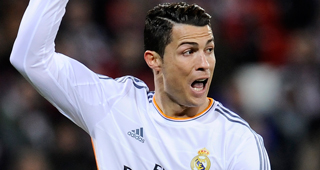 Ronaldo sat on the sidelines with an ice-pack on his injured knee. There have been rumors circulating in Brazil that Ronaldo may be out for the remainder of the World Cup.

Portugal's doctor has reportedly warned Ronaldo that he is risking his career by continuing to play. Ronaldo has been advised that he needs two months of complete rest in order for the knee to heal.

Ronaldo's patellar tendinitis is considered serious, but not chronic at this point.

Ronaldo was largely ineffective in Portugal's 4-0 loss to Germany on Monday.

Portugal will play the United States on Sunday.