Diego Simeone On Diego Costa Red: 'It's Not Always The Same' 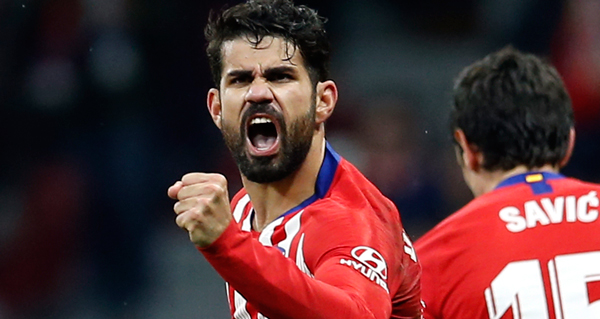 Diego Simeone said that Diego Costa's red card was justified if he said what the referee reported following the match, but also pointed out several inconsistencies when Atletico Madrid play Barcelona.

Costa was sent off in the 28th minute during their 2-0 loss to Barcelona.

"In 11 games we've had seven red cards, so we must be doing something wrong. I asked the referee and he told me something that Costa tells me he hasn't said. Other players have said things and aren't sent off, but that doesn't justify Diego. If the referee interprets there was an insult, then it's a justified red card. But it's not always the same, it's not always the same...They sent off [Fernando] Torres [in 2015/16], the sent off Torres... an icon! After that, anyone can be sent off," said Simeone following the loss.

Simeone said that Atleti's season should not be taken for granted even if it looks unlikely that they will win the league.

"The season has not ended in any way. I value that we won the European Super Cup. We'll fight for second place and that's [seen as being] negative. I love it. Don't forget where we are."