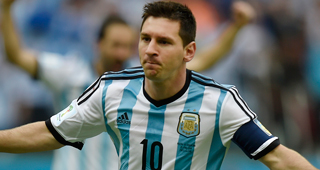 FIFA has rescinded a four-match ban given to Lionel Messi during World Cup qualifying for Argentina.

Messi missed Argentina's 2-0 loss to Bolivia but will return for critical matched against Uruguay, Venezuela and Peru.

During the Chile game, Messi was caught on camera venting his fury at an assistant who signalled he had committed a foul late on in Argentina’s 1-0 win. He was not shown a card at the time.

The FIFA committee stressed it “considered Messi’s behaviour as reproachable” but concluded “the evidence available was not sufficient to establish” an infringement had occurred.

The statement continued: “The Appeal Committee nevertheless underlines the importance of always showing respect to the match officials, stressing that such a principle is essential in football and any unsporting conduct that may be contrary to the principles of fair play cannot be accepted.”