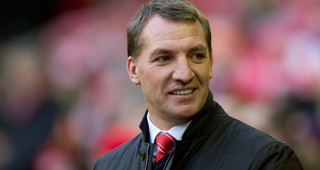 “I feel like we’re being brainwashed a bit,” begins Gary Neville on his analysis of Liverpool’s 2-2 draw with Arsenal from last December, “You’re not going to win the league by having technical players who can pass the ball nicely.” He goes on to chide both sides for giving up a combined 29 shots on goal, before contrasting that with a match between Atletico Madrid and Athletic Bilbao that same weekend where only nine shots were conceded.

Outside of a hot streak that coincided with Brendan Rodgers showcasing a 3-4-3 formation and subsequently going on a 12-match unbeaten run, Liverpool ran out of ideas in its first year post-Luis Suarez. The season ended in a 6-1 loss to Stoke City, and a listless sendoff for club captain Steven Gerrard. Few would have been surprised if Rodgers were let go this summer, and he seems on a short leash regardless. With that, and perhaps Neville’s cogent analysis in mind, Liverpool set out to re-balance the side.

James Milner was brought in to strengthen the “too technical” center midfield. He could not be more different than Joe Allen, the player he was presumably brought in to replace. The “Welsh Xavi” was hand picked from Swansea to be the metronome of Liverpool’s short passing attack. Milner, on the other hand, made a name for himself as a utility player, and his dependability and positional versatility overshadow his underrated technique. Alongside Jordan Henderson and Emre Can, the three players represent the most physical center midfield Liverpool have had since the “best midfield in the world” days.

In addition to Milner, the signings of Christian Benteke, Firmino, Nathaniel Clyne, Danny Ings and Joe Gomez provide a focus that was missing from last summer’s haul of Rickie Lambert, Adam Lallana, Mario Balotelli, Dejan Lovren, Alberto Moreno, Lazar Markovic, Javier Manquillo and Emre Can. Lambert and Manquillo are no longer with the club, with Balotelli expected to follow. Lovren and Moreno were dropped in the middle of the season. Markovic’s defining contribution was this red card against Basel. Was 2013 really all Suarez, then?

The counterattack that defined Suarez’s last season with the club predictably slowed with Lambert and Balotelli leading the line. Lambert and Balotelli are undoubtedly talented strikers and perhaps were given an impossible situation to succeed in. One could argue that Benteke has more in common with last year’s strike partnership than with Suarez, especially with the dichotomy in crosses sent between Aston Villa and Liverpool coming to light. Instead, this signing the side built around Benteke’s strength and not the other way around (Benteke also has much more to him than a traditional target striker). Whether a key or a battering ram, there’s more than one way to unlock a defense.

The opening two matches have been neither vintage nor beautiful. Outside of a brilliant moment from Coutinho, and an offsides that wasn’t called, Liverpool have struggled to put together a cohesive attack. There’s questions as to whether Milner and Henderson are best suited sitting in front of the back four. Lallana continues to struggle. The fears surrounding Benteke’s fit may be real, while Firmino has yet to start a match. There will be challenges steeper than Stoke City and Bournemouth. But Liverpool do have six points from the two matches, along with two clean sheets. It’s an ugly foundation, but a successful one nonetheless.

Lost in all the excitement of the new signings is the improvement of players already on the squad, especially Lovren. Can and Ibe will add to the physicality and pace essential for a modern side. Henderson is 25. Coutinho is 23. Most importantly, for all of Rodgers’ tactical intellect, his most important trait is his ability to adapt to the changing demands of the game. In a similar vein to Diego Simeone, perhaps his early style at Swansea was more pragmatic than some footballing ideal.

For a manager who came to Liverpool with expectations of building another “Swanselona”, the emphasis on physicality could be interpreted as an admission of a failed ideology. After all, under Rodgers, Swansea averaged 520 some odd passes per match in the Championship, a rate of 100 more passes than Arsenal. Swansea in 2011 was a combination of Guardiola’s Barcelona with an approachable folksy-ness.

But Liverpool have always been evolving under Rodgers. The 2012 side was focused on possession, with Joe Allen and Steven Gerrard providing service. Then Luis Suarez, Raheem Sterling and Daniel Sturridge turned Liverpool into a devastating counter attacking side, and almost won the league at the same time. Last season, the lost year, came an experiment with a three-man backline. The ideas continued to evolve this summer, as Rodgers replaced his assistant manager from Swansea Colin Pascoe with Sean O’Driscoll.

In the video above, Gary Neville asserts that the success of the Guardiola Barcelona sides were the exception to the rule. The rest of us, the mere mortals, reach those heights by being realistic. Otherwise, that style of play, and all its connotations, becomes a burden. But you can have it all - the nastiness and the passing. This season is Rodgers rediscovering the middle ground, that there’s more than one way to football utopia. Besides, by the time you’ve found it, the sport has already moved on.