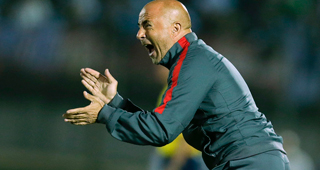 For the rumored player takeovers and off field power plays following their 3-0 loss against Croatia in the group stage round, Jorge Sampaoli’s one-year reign as Argentina manager ended in the simplicity of corporate speak as he and the Argentine Football Association parted ways by “mutual consent.” The turnover in the national team roster continued with midfield stalwarts Javier Mascherano and Lucas Biglia retiring from international play, with Lionel Messi and Sergio Aguero’s future uncertain. Though that generation never broke the senior side trophy curse of 25 years, their second place finish in the 2014 World Cup represented the last time a team outside of Europe finished in the top three of the World Cup since 2006.

Simon Kuper’s observations continued in noting that the last four World Cup champions came from Italy, Spain, Germany, and now France, which also represent the economic dominance of local club sides. Colombia, Argentina, Brazil, and Uruguay made it through to the knockout rounds in this last World Cup before getting knocked out by England, Belgium and France. The all-European semis of Belgium, England, Croatia and France each incorporated aspects of the modern European club ideas ranging from pressing, emphasizing counter attacks and shutting down attacking spaces through the middle when purposely conceding possession.

These modern principles were what led Argentina to hire Sampaoli in the first place. And though Sampaoli was hired from Sevilla, he built his brand of pressing football at Universidad de Chile before taking over the Chilean national side. There was an argument that Sampaoli is much more suited to lead Argentina post-World Cup, and post-Mascherano, Biglia, and Messi. But the damage was irreparable as his veterans were not ready for such dynamic changes. And in turn, Sampaoli was not ready for pressures and scrutiny of balancing player egos on the biggest stage.

Argentina's rivals, Brazil, represent the blueprint for combining European influence with South American tradition. Tite spent a year long sabbatical in Europe before becoming national team manager, studying the brightest minds in management ranging from Zinedine Zidane, Jurgen Klopp, Arsene Wenger and Carlo Ancelotti (the wisdom of his journey is perhaps the closest thing we have to a modern day The Republic). Through his European travels, he mentions Ancelotti as the manager he admires most as his sides are always “balanced and compact.” He writes first hand of spending a week in Madrid learning how Ancelotti attacked in a 4-3-3 formation but defended in a 4-4-2. That European-influenced compactness is perhaps the key takeaway from his studies; first for defensive solidity, then to counter attack in numbers.

Tite recalls discussing the European 4-4-2 system with his playmaker Andre D’Alessandro while both were at Internacional in 2009. He took his one-year sabbatical with an eye towards succeeding Phil Scolari as national team manager before Brazil rehired Dunga following their 2014 World Cup debacle. Admittedly disappointed, he returned to Corinthians to implement his newfound ideas of European efficiency and compactness. He had won the league with Corinthians before his sabbatical in a style analysts described as “professional.” Upon his return, he especially focused on attacking with speed and won the league again.

A theme we discussed when previewing the final between Croatia and France was each side’s midfield balance of a holder, a box to box player, and an attacker, which is also similar to the balance that Max Allegri wrote about in his coaching thesis. Tite pursued an unorthodox solution for this formula in recalling Renato Augusto and Paulinho from China to flank Casemiro in midfield, and one could trace their loss against Belgium to Fernadinho’s struggles in shutting off counter attacking space in midfield. That idea becomes even more stark when compared to Sampaoli’s inability to find that right balance in trading off between Mascherano, Biglia, Ever Banega, Enzo Perez, Maxi Mesa, and Giovani Lo Celso. Individual quality aside and taken as a whole, Argentina had little chance of going far in the tournament when looking at midfield balance alone.

This influence of speed and transition already had a tangible effect on Brazil’s squad selection long before the World Cup, showcased with the inclusion of Firmino as backup striker as the expense of more prolific strikers like Jo or Diego Souza (Firmino’s shyness and lack of connection with Brazilian supporters did him no favors). Yet World Cup winner and columnist Tostao writes that Firmino movement “makes everything easier for his colleagues” and that he’s a striker who works on more than just goals. That focus on space and speed from front to back paid off as Brazil lost just two matches and conceded only eight goals in Tite’s first 26 matches as manager. But beyond the impressive numbers, Brazil’s last friendly against a European side was in 2015. Tite failed in an attempt to schedule a friendly against Germany before the World Cup.

When it comes to compactness, Tite was a late bloomer compared to Uruguayan manager Oscar Tabarez. Indeed, Uruguay are the continental power when it comes to playing without the ball. Tabarez often references their 2010 World Cup run in which they lost every possession battle yet still outshot each opponent (they ended with the second lowest possession percentage in the tournament after South Africa). In echoing Jose Mourinho, Tabarez breaks down matches into four separate sequences: how a side attacks, defends counter attacks, launches counter attacks, and defends.

After beating Portugal 2-1 in the round of 16 with just 32% possession, Tabarez rallied against the “obsession” with possession from pundits, analysts and supporters alike, and speaks of the “mistaken assumption” that having the ball leads to goal scoring opportunities. And like Tite, he credits his time in Europe - specifically Serie A - for teaching him how to hurt opponents without the ball. Jorge Valdano wrote about his adoration for a side that fought for every ball and defend their penalty box as if it were sacred territory. And for what it’s worth, Luis Suarez said that Uruguay were the best side from South America in the tournament.

Outside of the opening at Argentina, there are rumored changes throughout the continent’s top sides. Even Tabarez may step down after 12 years as manager due to health issues. Tite has been silent on a possible European move. Peru manager Ricardo Gareca is out of contract and is thought to be the favorite to take over Argentina. There are questions surrounding Colombia manager Jose Pekerman. With changes in pitch standards, altitude, travel from Europe and overall player quality, the CONMEBOL region is the most difficult out all the World Cup qualifiers. It is football’s ultimate endurance race. Thus, the disappointment of having no South American sides in the semifinals.

After their 2-0 loss to France, Tabarez simply said that next summer’s Copa America is another opportunity to make new dreams come true. With a seemingly year round calendar, there is always another international tournament or domestic league to build towards to get through the grief of the moment. Each of Brazil, Argentina, Colombia, Uruguay and Peru may look vastly different from a managerial standpoint at the 2019 Copa America in Brazil. But whether a new manager implements a possession or counter attacking style, teams must be compact and balanced to win in South America, and even more so to win in the World Cup.