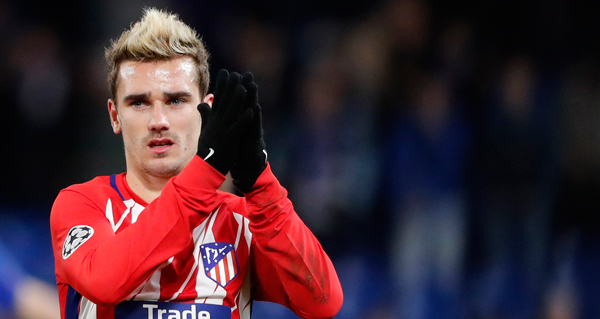 1. Goals out of set pieces and own goals have been two of the revelations of the 2018 World Cup.

2. France set themselves up to win this way instead of the open play from the Argentina match.

3. The stutter step from Antoine Griezmann as he approached his free kick helped throw off Uruguay’s timing to free up Raphael Varane for the header to give France a 1-0 lead.

4.  Diego Godin had two excellent chances to score, one when he was pulled down on a set piece and his second chance shot off a Hugo Lloris save.

5. Uruguay keeper Fernando Muslera struggled with a back pass to open the second half.

6. Less than 15 minutes later, Muslera gave up a bad goal on an innocuous strike outside the box from Griezmann following a tepid counter from France. This is somehow even worse than your standard howler with how the ball bounced up and into the goal instead of more characteristically straight through his hands with power.

8. Uruguay is for survivalists.

9. But Uruguay’s attack is unrecognizable without Edinson Cavani

10. Luis Suarez never had a moment of this World Cup, which is good considering his handball in 2010 against Ghana and his bit of Giorgio Chiellini in 2014. But it’s also bad considering the type of player he was when he scored that brace against England in 2014.

11. France has so much talent yet they can revert back to playing a boring brand of defensive soccer without the sense of style and joy they’re capable of displaying. Most teams learn to win after playing with style, but maybe this generation of France will win first and learn how to play beautifully later. You can play vigilantly and gorgeously with this XI.

12. Olivier Giroud wasn’t good enough for Arsenal, so he really isn’t good enough for a country two wins away from winning the World Cup. Giroud has yet to score in this World Cup and he’s a human chandelier at striker. Politics aside, France could absolutely use the upgrade of Karim Benzema’s link up play and at some point this decision could be difference.

13. The winner of France versus Belgium will be overwhelming favorites against the survivor of the other side of the bracket. France will be vulnerable to any of those sides, especially Sweden or Russia, if they don’t fully express themselves and rely on low probability chances.