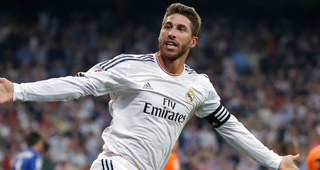 Jose Mourinho never actually saw Frank Rijkaard walk out of referee Anders Frisk’s dressing room at halftime of Chelsea's quarterfinals Champions League match against Barcelona in 2005. Mourinho accused Rijkaard of influencing Frisk and receiving preferential treatment for his side as Didier Drogba received a red card in the second half. Barcelona came back for a 2-1 win. The Swedish ref, with 18 years of experience, retired after receiving death threats in the aftermath of the match.

For that, UEFA eventually labeled Mourinho as an “enemy of football”. And while Chelsea bested Barcelona in the second leg that season, he’s also seemingly won the ongoing war. The Portuguese manager planted a seed by verbalizing an idea implied only by the jiu jitsu of language and aggrieved fans. With the most players sent off against them in the Champions League, the Barcelona paranoia inspired the “UEFAlona” nickname and endless Quora debates.

Winning is winning, and all is fair in love and in the Champions League. But does perception ever overwhelm the event? Barcelona completed one of the greatest comebacks in the tournament’s history against Paris Saint-Germain in the round of 16. Yet instead of celebrating overcoming the odds, the conversation and attention turned quickly back to favorable refereeing decisions. Neymar and Lionel Messi each scored off a penalty. A penalty that should have been called against Javier Mascherano, who admitted as much. Sergio Ramos observed that the comeback demonstrated “permissive” refereeing on behalf of the Catalan side. So much for scoring three goals in the final seven minutes of the match.

Not that Barcelona’s players did themselves any favors to alleviate Mourinho’s ire. His Inter met Barcelona five years later in the semifinals of Champions League. Thiago Motta was sent off in the second leg for an elbow on Sergio Busquets, leading to this infamous image of Busquets peeking through his hands to ensure the red card.

Never one to let any detail go, Mourinho continued his less than subtle digs. In 2013, in his second spell as Chelsea manager, he noted that he ends up with 10 players whenever he plays a Guardiola side after Ramires saw red against Bayern Munich. Uli Hoeness struck back against Mourinho. Marti Perarnau documented the event in Pep Confidential, remarking how pleased Guardiola was that his bosses stood by his side as opposed to fending for himself at Barcelona. But La Liga is a theater, and unseen forces accentuate any storyline. Referee conspiracies are not a bug, but a feature.

Sergio Ramos gestured towards Gerard Pique after getting sent off in last weekend’s El Clasico. The red card was appropriate for Ramos’ reckless two footed challenge on Messi, but the center back often discussed his rivals’ constant attention on referees as part of their understanding of football as embedded in their style as tiki taka. Ramos references Pique’s Twitter activity as manifesting in favorable calls for Barcelona on the field. And while the pair balance their roles as domestic rivals and teammates on Spain, the breadth of their history is an HBO mini-series that writes itself. Ramos and Mourinho fell out on their own right, but a rival’s rival is a friend.

Attempts to turn over Neymar’s suspension before the big match further showcase the inner workings of La Liga. Barcelona appealed the Brazilian’s suspension an hour after the Spanish appeal’s court closed on Friday, then argued that Neymar should be able to play since the suspension was technically in limbo. Madrid lined up lawyers before Barcelona backed off - but not before taking a parting shot at the incompetency of the appeal’s court. You aren’t trying to win if you don’t toe the line on and off the field.

Social media only exacerbates the paranoia, although Real Madrid were on the winning end of a ref’s poor decision in advancing against Bayern Munich in the Champions League quarterfinals. Arturo Vidal was questionably sent off in the second half, then Ronaldo chipped in with two questionably offsides goals to advance. Pique was first to respond with this tweet that literally said nothing but implied the injustice. Franck Ribery posted his outrage on Instagram, as did Carlo Ancelotti’s wife (Vidal took a more direct route in attempting to confront the ref after the match). The usually composed Ancelotti insisted on adding video technology as soon as possible. But as Colin McGowan wrote this week, what is the cost of disrupting the natural flow of soccer and being right?

The disparity of referee decisions in matches featuring the two La Liga sides inspired its own Twitter account. In reviewing calls from El Clasico, the site determined that Ronaldo should have received a penalty in the second minute, but Marcelo and Casemiro should have been sent off along with Ramos. Granted, Barcelona’s style and quality does invite physicality from opponents. Sergio Busquets injured his ankle from a challenge at Eibar. Messi and Neymar skip past tackles from all angles. La Liga Referees found 11 challenges against Barcelona that deserved a red card but weren’t called. Ironically, Messi’s last minute goal was decided by a foul that never took place with Marcelo admitting he should have taken down Sergi Roberto on his final run.

A detail Mourinho left out in his 2013 accusation against Guardiola and Bayern Munich was that Ramires’ red card tackle sidelined Mario Goetze for three weeks (and Ramos does have a photo gallery devoted to his 22 red cards at Real Madrid). But that’s besides the point. Mourinho was born out of conspiracy theories involving soccer and country. Ramos accused Pique of seeing the world as against him. This sense of injustice has no boundaries. The only factor preventing Real Madrid, Barcelona, and Mourinho from winning every trophy is the entire world.