The Long Purgatory Of Valencia 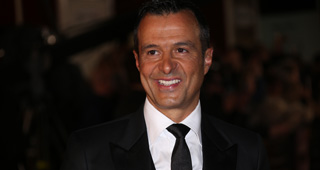 Valencia had the best team in Spain a little over a decade ago. This gets glossed over by the dominant history that posits La Liga as the story of Real Madrid and Barcelona—the one that ignores Atlético Madrid’s ten titles, Athletic Bilbao’s fertile runs at the league’s genesis and in the 70s and 80s, the Super Depor squads of the 90s and early aughts, and the entire existence of significant clubs like Sevilla, Real Zaragoza, and Real Betis. La Liga is more fraught and colorful than it’s often depicted, and Valencia won it in 2002 and 2004. This was Rafa Benítez’s heyday, when he was a whiteboard genius and not yet a miscast political symbol at Anfield or a punchline in Madrid. He had a handle on tactics that outpaced every rival and an Argentine center back duo of Roberto Ayala and Mauricio Pellegrino, who hardly let anyone score.

After Rafa left for Liverpool in 2004, Valencia lost their superiority and became beautiful. Their defensive structure eroded over the next few years and what flourished in its absence was youth and byzantine attacking play. David Silva and Jordi Alba matriculated through the club’s academy. Juan Mata joined from Real Madrid Castilla, and David Villa was purchased from Zaragoza just as he was entering his prime. By 2007, Valencia were no longer dependably great, but they were great to watch.

And then the club began to crater in concert with the community surrounding it. Spain suffered some of the worst effects from 2008’s global financial crisis, and the whole of Valencia suffered even more acutely than their neighbors in Murcia and Catalonia. Corrupt Valencian politicians sold out their constituents by securing municipal loans for unnecessary, crony-fronted construction projects, and after the financial shock, capital dried up and Valencia was left with a bunch of semi-completed buildings it couldn’t pay for.

The club followed a similar path. They broke ground on Nou Mestalla—a replacement for the 1923-built Mestalla—in 2007 and gave up on finishing the stadium two years later. To this day, it remains little more than a giant concrete ring. It’s also an albatross: in July of 2013, Valencia owed creditors somewhere between $400 million and $575 million, due mostly to Nou Mestalla’s halted construction. By this point, they were selling off their best players every summer just to maintenance an ever-ballooning tab. Clubs have claimed bankruptcy under considerably lesser strain.

Timely salvation arrived in the form of Singaporean billionaire Peter Lim, who bought 70 percent of the club in May of 2014. Lim swiftly stabilized a chaotic situation, bringing in competent business executives to smooth out the club’s day-to-day operation and drafting new repayment terms with the banks that owned Valencia’s debt. He also brought Jorge Mendes with him, which nearly cancelled out all the good he’d done.

Mendes’ power and sleaziness run too deep to fully delve into here. He’s a Portuguese super-agent who not only steers his clients toward certain clubs and plays the hardest of hardball in contract negotiations; he also owns portions of many of his clients’ economic rights, facilitates transfers for players he ostensibly doesn’t represent, is involved with third-party investment firms, and seems to be a kind of unofficial business partner with various club owners. If something hinky is afoot in European or South American soccer, there’s a decent chance Mendes is involved, even if his name isn’t on any of the documents.

He has his hooks deep into Lim, which means Valencia are essentially Mendes CF. In the summer of 2014, Lim bought a cadre of Benfica players—Rodrigo Moreno, André Gomes, João Cancelo, and Enzo Pérez—for a hilarious total of $98 million, installed Mendes client Nuno Espírito Santo as manager, and marginalized the club’s preexisting sporting department. All of this stank of Mendes’s involvement, and nearly all of it angered Valencia fans.

On the pitch, things progressed well for a while, then went south with a vengeance. After a fourth-place finish in 2015, club president Amadeo Salvo resigned and four other staff members followed him out the door. Nicolás Otamendi was sold to Manchester City at Mendes’s urging and replaced with two Mendes-approved players in Aymen Abdennour and Aderlan Santos, neither of whom have performed well this season. Chants of Nuno, vete ya! (“Nuno, go now!”) rang out from the stands as the team struggled through October and November. Paranoid fans criticized the prolonged benching of Álvaro Negredo. (Who, it should be noted, was brought in on a preposterous $35 million transfer.) The striker was, to their eyes, not playing because he didn’t have any dealings with Mendes. The Mestalla can become a cauldron of contempt when they think something’s wrong with their team. For weeks, white towels waved and whistles pierced the ground.

Nuno was fired in late November, with the club ninth in La Liga and on the verge of being bounced from a relatively easy Champions League group. This appeared to be a populist victory, and then it was announced the new manager wouldn’t be some veteran Spanish caretaker, but another Lim business partner and friend: Gary Neville, who doesn’t speak the language and admitted in his introductory press conference that he didn’t know much about La Liga or Valencia’s squad. Under Neville, the team played even worse; they played apathetically. They sunk to 14th in the league table. The Mestalla gave the Englishman a honeymoon period, but soon it was Gary, vete ya! Gary, go now!

Neville got the sack at the end of March, having won three out of his 16 matches in charge, with Valencia six points from the relegation zone. They’ve since pulled away from mortal danger under interim coach Pako Ayestarán. Spain’s fourth-biggest club, with all the resources and history they have, won’t be playing in Segunda next year. That’s as much joy as the fans can take from this season.

It doesn’t appear Peter Lim has learned anything from this mess. Whispers indicate there won’t be much money spent this summer on new talent, to which the conspiratorially minded will grumble about how there would be plenty of capital available if such a large chunk of it wasn’t lining Mendes’s pocket. We don’t know for sure what will happen to Valencia next because Lim barely speaks to the press. He isn’t even at the Mestalla on most gamedays. It’s a wonder why he bothered to save the club. His personal investment seems barely there and he’s letting Mendes treat it like a showroom and an ATM. Lim rescued Valencia from an existential threat, and now they need someone to rescue them from Lim.

But Valencia’s near-fatal error wasn’t Lim’s: the Mestalla didn’t need to be replaced. It is ancient and awesome. From pitch-level, it’s this steep, striking slope of 55,000 orange and black seats, its tiers flaring out and suddenly skyward. It’s the loudest stadium in Spain, if the occasion is right—an agitated, ever-singing sea. This is the most discouraging aspect of where Valencia are now: the Mestalla is unhappy and often a quarter-empty. Those title runs from not so long ago seem deep in the past. The fans are losing the sense that ecstatic days like those could return. The club are alive and functioning, which shouldn’t be taken for granted, but having received the help they needed, Valencia are still waiting on what they deserve.