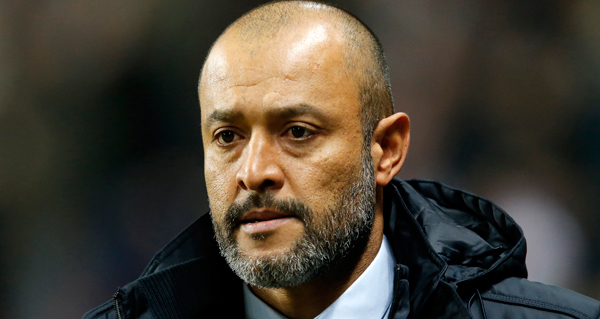 Nuno was booed by his own fans during Spurs' 3-0 defeat by Manchester United. Nuno won just eight of 17 matches as manager.

"I know how much Nuno and his coaching staff wanted to succeed, and I regret that we have had to take this decision," said Fabio Paratici, Spurs' managing director, football. "Nuno is a true gentleman and will always be welcome here. We should like to thank him and his coaching staff and wish them well for the future."