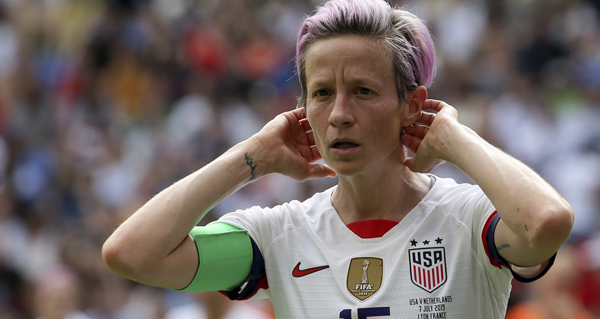 The United States women's national team lost to Canada 1-0 in the semifinals of the Olympics.

"It's terrible. We just didn't have it today," Rapinoe said postmatch. "Just too many errors from us again. I felt like the space was there for us to play and we just couldn't get into it, too many touches or, you know, an errant touch.

"That's football. They got, I think, one shot on goal, a PK, and from what it sounds like it was a PK. So yeah, it's a bitter one to swallow. Obviously we never want to lose to Canada. I don't think I've ever lost to Canada.

"So it's a bitter one. Obviously there's still a lot to compete for. That's what I told the girls and what we talked about in the huddle. It's not the color we want, but there's still a medal on the line. That's a huge thing and we want to win that game, but yeah, this is ... this sucks. It sucks."