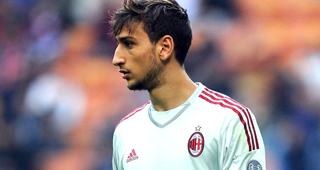 Gianluigi Donnarumma has completed a move to Paris Saint-Germain on a free transfer, signing a five-year deal.

"I am very happy to be part of this great club that is Paris Saint-Germain,"Donnarumma said. "I feel ready to take on this new challenge, and continue to grow here. With Paris, I want to win as much as possible and give joy to the supporters."

In five seasons at Milan, Donnarumma won Supercoppa Italiana in 2016 and was voted the league's best goalkeeper in his final campaign.