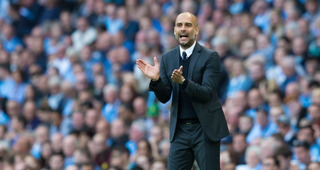 Pep Guardiola said that Manchester City struggled with long balls and second balls during their 1-0 loss to Chelsea in the Champions League Final.

"It was a tight game and we had some chances, but against the defensive structure of Chelsea it is not easy," Guardiola said after the match.

"We struggled with long balls and second balls. In that moment you need the inspiration and quality, there were three or four moments that were close but didn't arrive.

Guardiola has not won a Champions League Final since 2011.

The City manager remained proud of his side's accomplishments this season.

"It was a tough season in the pandemic, but we learn from this for the future. I have incredible respect for the players, they gave everything, but we will come back stronger. I want to congratulate them for their exceptional season."