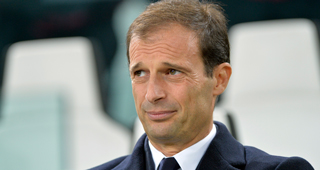 Juventus have announced the return of Massimiliano Allegri as manager after firing Andrea Pirlo.

Allegri managed Juventus from 2014 until 2019 and won Serie A in every season. Juventus also reached the Champions League Final twice under Allegri.

Under Pirlo this season, Juventus was eliminated int eh round of 16 in the Champions League and they finished fourth in Series A. Juventus did win, however, the Italian Supercup and Coppa Italia.