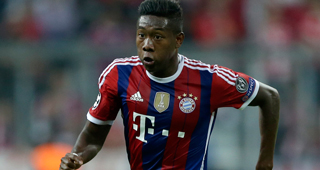 Real Madrid have signed David Alaba to a five-year contract on a free transfer from Bayern Munich.

Alaba can play center back, fullback or even in midfield.

Negotiations over an extension for captain Sergio Ramos, who is also out of contract this summer, are deadlocked, while Raphael Varane's contract is due to expire in 2022.

In November, Bayern confirmed that they would not be renewing Alaba's contract and were withdrawing their offer of an extension after it was rejected by the player and his representative.