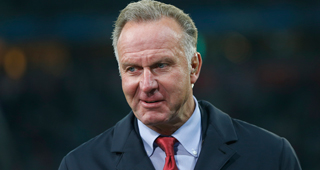 The top clubs in the Bundesliga are moving forward with reforms to the current Champions League rather than the breakaway Super League.

Dortmund CEO Hans-Joachim Watzke said in a statement on Monday that both clubs were in agreement about committing to the Champions League. RB Leipzig have also joined Bayern and Dortmund in opposing the plans and Bayern CEO Karl-Heinz Rummenigge said: "FC Bayern has not been involved in the plans for creating a Super League. We are convinced that the current structure in football guarantees a reliable foundation.

"FC Bayern welcomes the reforms of the Champions League because we believe they are the right step to take for the development of European football. The modified group stage will contribute to an increase in excitement and the emotional experience in the competition.

"I do not believe the Super League will solve the financial problems of European clubs that have arisen as result of the coronavirus pandemic. Rather, all clubs in Europe should work in solidarity to ensure that the cost structure, especially players' salaries and agents' fees, are brought in line with revenues, to make all of European football more rational."