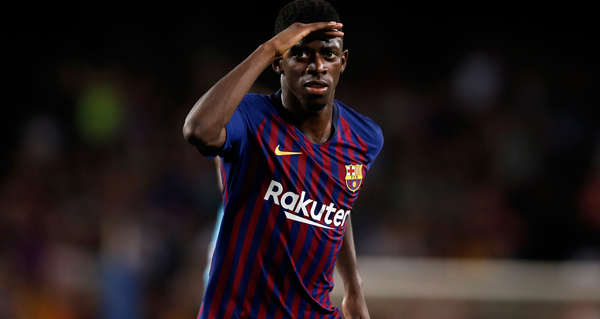 Manchester United continues to seek a transfer for Jadon Sancho, but have begun to line up Ousmane Dembele as an alternative.

Dembele has two seasons remaining on his deal with Barcelona. Dembele hasn't played in a competitive match since November and underwent surgery on his hamstring in February.

Dembele would need to be convinced to leave Barcelona.

Dortmund sold Dembele to Barcelona in 2017.